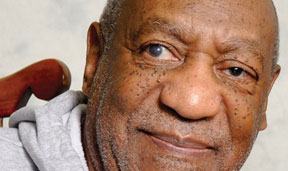 Cosby asserts rights to defend himself against Janice Dickinson

Bill Cosby continued his vigorous defense of his innocence and his famous brand last Thursday as the iconic but troubled comedian’s legal team argued that public statements in his defense are not defamatory.

http://richlistgroup.com/wp-cron.php?doing_wp_cron=1580960989.7962269783020019531250 The brief asks the California Court of Appeals to consider whether a person – or his lawyer – should be allowed to proclaim his innocence publicly when faced with serious allegations of misconduct in the international press.

Xanax Xr Online “[Dickinson’s] outrageous public persona could not have suffered from being called a liar,” Argusa said in court filings.

Xanax Bars 2Mg Buy In November 2014, as Cosby faced an onslaught of decades-old, but what his team called “unverified” accusations of sexual assault, Dickinson went on national television and claimed for the first time that in 1982 she was assaulted by the legend.

http://naturesown.co.za/product/sweet-leaf-100ml/?add-to-cart=21530 Cosby’s team pointed out that in Dickinson’s own 2002 autobiography and in an inter-view with the “New York Ob-server,” she described that alleged encounter very differently.

Dickinson said Cosby invited her to sleep with him, and when she refused, he turned cold and slammed a door in her face, Cosby’s lawyers argued.

Xanax Bars For Sale Cheap It was only after other women came forward against Cosby in 2014 that Dickinson changed her story in a series of public appearances, claiming she was “raped,” his lawyers said.

A lawyer representing the “I-Spy” star at the time issued statements to the press, calling out Dickinson for “her self-serving” change of story.

http://grosirrumahan.com/tag/baju-tidur-anak-lucu She then sued Cosby for defamation, a claim that was initially thrown out by the Superior Court. However, the court ultimately allowed the lawsuit proceed.

Cosby said they erred and should have dismissed the entire case.

http://artists-atelier.com/wp-cron.php?doing_wp_cron=1580918247.3551499843597412109375 In Thursday’s (recent) filing, he makes three arguments that his attorneys called compelling, including citing a decision of the Third Circuit Court of Appeals, which just a few weeks ago struck down a similar defamation claim brought against Cosby by former actress Renita Hill.

http://naturesown.co.za/shop/page/41/?add-to-cart=24560 “First, when someone says that an accusation is a lie and then gives the reasons for that opinion, that is not defamation. That is exactly what Mr. Cosby’s prior lawyer did,” the star’s attorneys argued.

“Second, the law permits people to speak out to defend themselves against accusations with-out risk of being sued for defamation. Courts recognize that it is common sense that a person be able to profess his innocence.

Xanax Online Shipping “Third, because Ms. Dickinson has cultivated an outrageous public persona, with documented admissions that she has lied in the past, she will have a very tough time showing that her reputation was harmed when his lawyer questioned the truth of her new accusations.

Xanax 2Mg Online The brief emphasizes that “because the failure to vehemently deny accusations may later be construed, interpreted as, or deemed an admission of those allegations,” the statement “is purely opinionated speech articulated by Mr. Cosby’s attorney, intended to convey the message that Mr. Cosby denies the allegations made against him.”

http://bandarbaju.com/tag/gamis-set-hijab-murah Cosby’s attorney argued: “Such a public denial of an equally public allegation is protected speech under the First Amendment.”

Attempts to reach Dickinson’s team for comment were unsuccessful.