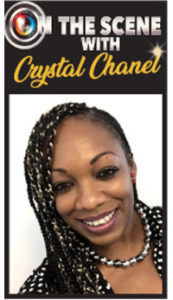 On The Scene With Crystal Chanel

TOO CLOSE TO CALL

Election Day was less than a week ago, and the dust still hasn’t quite settled. I don’t recall in my lifetime such an energy around mid-term elections. Specifically, regarding the gubernatorial race, support for minority candidates was high and widespread, with Mayor Andrew Gillum of Tallahassee, Fla. as the democratic hopeful for Florida’s coveted Governor’s Mansion. And even now, just days after the official last day to vote, results are still “too close to call”. Even after Gillum’s concession speech on the night of November 6th, things remain too close to call. 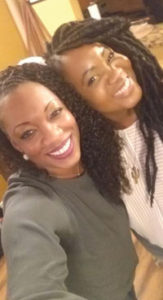 I’ve learned, and continue to learn with each new experience, that you must be careful not to give up too soon. Even when things appear to be moving in a certain direction, or leaning towards a certain outcome, it’s not over until it’s over. I often wonder how many situations I walked away from too soon, or how many dreams and opportunities didn’t turn out the way I’d hoped simply because I decided to stop believing.

The word “hope” is such a heavy concept, described by President Obama as audacious, bold and fearless, specifically, “The Audacity of Hope”. He was, on to something, because the

change we need is going to take a hope that doesn’t waver because of the threat of an unfavorable outcome. Based on this, for those of us who live by hope and faith, many of life’s circumstances will be too close to call in the moment. That’s when hope and faith have to override feelings, negative reports and the urge to throw in the towel a little too soon. 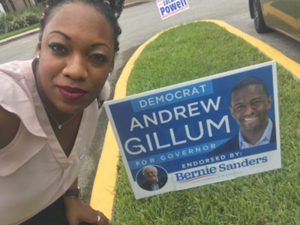 Here’s the thing: The close calls and almost wins bring out more emotion than the land-slides and the blowouts. Rather than stretch your faith, it often seems easier to end things on your own terms. But here is another thing: Almost making it proves that you have what it takes to, make it. And here’s a third thing: With so many neck and neck races, and so many red states turning purple, I remain hopeful that, just maybe, our nation’s citizens are becoming more united and aligned. President Obama insisted during a campaign just a few years ago, “We are not as divided as our politics suggest. I still believe that we have more in common than the pundits tell us,” and I agree.

Post-Obama America, there’s such a hope and expectation for change. Thanks to Obama, we have the audacity to hope. Yes, we want and need representation, and we’ll keep fighting for it, but as we wait for things to get better, we must commit to being better, no matter what is happening in politics.

To Mayor Andrew Gillum: Take in this moment for all it’s worth. No matter what title you walk away with, redefine what it means to win. Play the hand you were dealt like it’s the one you wanted and keep bringing it home.

To those who support Mayor  Gillum, his agenda, and his efforts: Don’t stop supporting because of one outcome. Don’t stop believing and hoping for change… especially when it’s too close to call.

‘All aboard, next stop Art Basel’

The 16th edition of Art Basel kicked off as early as last Tuesday, Dec. 5, 2017 with private parties, influencer mixers and invite-only soirees. […]

LET YOUR COMPETITIVE SPIRIT DRIVE YOU NOT RULE

Do you remember playing UNO at lunchtime? Those Draw 4’s and Reverses could quickly ruin a friendship on the playground for the afternoon. In comparison, today, we see overly competitive spirits ruining businesses, relationships and communities […]

For many believers, our lives are not about what you want but more so about what God has planned for you. The longer you live, you realize that you are on a spiritual journey with God as your tour guide existing mainly in the details. […]