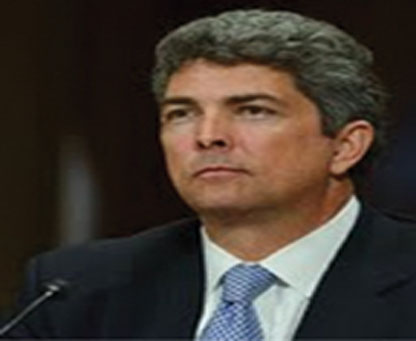 If confirmed, Abrams and Ross would become the first Black women to serve lifetime appointments as federal judges in Georgia.

But Democrats and some progressive groups have objected to the nominations of Boggs and Cohen.

Last week, the United States Senate Judiciary Committee held a hearing for the nominees where Democratic senators grilled Michael Boggs, who is currently a judge on Georgia’s appeals court, over his voting record while he served in the Georgia state legislature.

When questioned about his votes against removing the Confederate battle emblem from the Georgia state flag, Boggs said that although he found the Confederate symbol personally offensive, he said that his constituents wanted the opportunity to vote on any changes to the state flag.

Boggs also voted for legislation requiring doctors to list how often they provided abotion services. When senators questioned him about the public safety concerns associated with publishing such a list following decades of violence against doctors who performed abortions, Boggs said that at the time of the vote, he was unaware of that history.

The National Abortion and Reproductive Rights Action League, a pro-choice advocacy group, said that they also found “personhood” legislation that Boggs supported during his time as a state legislator that the group said “is one step away from overturning Roe v. Wade.”

A day before the hearing on “The Tom Joyner Morning Show,” Rep. David Scott (D-Ga.) said, “Here you have the architect and the attorney that defended photo ID voter suppression laws in Georgia, the very same laws the President is fighting all across the country” nominated to the federal bench in Atlanta where most of the Black people are.

To have this being done by the first African American President is shameful, it’s painful, and it hurts deeply.”

Scott continued: “The President should have stood up to those Republicans and said, ‘No, I can’t do this to my people. You wouldn’t do it to George Bush. You wouldn’t have done it to Bill Clinton. Why are you doing it to me?’”

George State Rep. Tyrone Brooks, who championed the law to change the state’s flag, said he doesn’t hold the vote over the Georgia state flag or any one vote against Boggs.

Brooks, who has served in Georgia’s House of Representatives for more than 30 years and was president of Georgia Association of Black Elected Officials (GABEO for two decades, said that Boggs voted with him “90 percent of the time,” helped him secure funding for the Morehouse College School of Medicine and worked to the reform the state’s criminal justice system.

Brooks also said that Cohen’s civil rights record has been misrepresented in the media.

When White students sued the University of Georgia over the school’s freshman admissions policy that used race as factor, Cohen scored a court victory in 2001 for affirmative action proponents who supported the university’s program, according to Brooks.

Nearly a decade later, then Georgia state Attorney General Thurbert Baker, asked Cohen to defend Georgia’s photo identification law for in-person voting that many voter’s rights advocates say discriminates against Blacks and the poor. Brooks said it was a move that likely provided Baker, who is Black, political cover.

Brooks called Boggs and Cohen friends and said that he had no reason to oppose their nominations.

“This isn’t the perfect deal, but I trust the president,” said Brooks. “If [the president] had a different hand of cards, the package would look different, but he’s doing the best that can do under these circumstances.”

Mary Frances Berry, former chair of the U.S. Commission on Civil Rights,  said that President Obama held his nose and nominated Boggs and Cohen and assumed that the civil rights groups and Democrats in the Senate would go along with his decision.

“The problem with that is that the advocacy groups believe that the president should fight harder to get the nominees that he wants. The president has a lot of power to make horse trades with people on things other than appointments,” said Berry. “There are always things that Senators want.

Obama made the deal but some think the price is too high, said Berry.

In an interview with BuzzFeed, an online news portal, Majority-leader Harry Reid (D-Nev.) said that he can’t support the Michael Boggs nomination.

“Unless I have a better explanation, I can’t vote for him,” said Reid “This is a lifetime appointment. He’s said some things and made some decisions I think are not very good.”

Rep. John Lewis (D-Ga.), an initial critic of the nominations, had been unusually quiet recently, which some saw as an indication he may be reversing his position. Through his press secretary, he turned down requests from the NNPA News Service for comment.

Georgia Rep. David Scott had some strong words for Lewis.

He tweeted Sunday, “if this is true, then Rep Lewis is a turncoat who has betrayed African Americans, women and gays.”

“I have tried to refrain from making public statements out of respect for my colleagues and the Senate process,” he said in a written statement. “I believe it is important to allow each candidate to be evaluated according to his or her own merits and to allow the Senate judicial nomination process to take its course.  This willingness to permit due process is all that I have indicated in any conversation I may have had with my colleagues.  I did not at any time indicate my support for the Boggs nomination or say that he had the backing of the African American community in Georgia.”

Lewis said, “Based on the evidence revealed during this hearing, I do not support the confirmation of Michael Boggs to the federal bench.  His record is in direct opposition to everything I have stood for during my career, and his misrepresentation of that record to the committee is even more troubling. The testimony suggests Boggs may allow his personal political leanings to influence his impartiality on the bench.  I do not have a vote in the Senate, but if I did I would vote against the confirmation of Michael Boggs.”

Berry, a history professor at the University of Pennsylvania, said she would rather see the seats empty instead of having Boggs and Cohen in the pipeline later for higher appointments.

“I don’t believe that castor oil taste better when you put orange juice in it,” said Berry. “If it’s bad medicine it’s bad medicine. I hope that the Democrats will refuse to support these two people.”