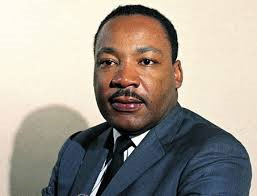 Another biopic is on the way to the big screen.  David Ovelowo is going to portray the legendary icon Dr. Martin Luther King, Jr. in the upcoming film “Selma.”  From the looks of the trailer, there’s no doubt that audiences are squirming with anticipation.

This movie is going to explore the depths of the Civil Rights Movement that took place from Selma to Montgomery, Alabama.  In the first trailer of the film, we can expect the challenges that Dr. King had to endure involving president Lyndon B. Johnson (played by Tom Wilkinson), the Alabama Gov, George Wallace (portrayed by Tom Roth) and FBI director J. Edgar Hoover (played by Dylan Baker).  If you remember anything about the Civil Rights marches prior to watching this film, expect the marches to be violent and emotionally impacting.

“Selma” will focus on the 3 month period where Dr. King campaigned for the right to vote for African Americans, which resulted in three protests down a 54-mile highway.  Because of his contributions to the Black community, Dr. King made history by demolishing segregation in America.

Oprah Winfrey will be a producer for the film and will also be featured along with Cuba Gooding, Jr.  and Carmen Ejogo. AFI will be debuting 30 minutes of the film on Tuesday.  “Selma” is scheduled to premiere in theaters on Christmas Day.

The trailer has been racking up positive reviews like crazy, which is due for some excitement.  Critics are saying that actor David Ovelowo is barely recognizable while portraying Dr. Martin Luther King, Jr. and that he may as well be as spit-ting image.  Will his portrayal of the Civil Rights legend be just as authentic acting wise?

What do you think about the upcoming Dr. Martin Luther King, Jr. biopic?  So far we’ve seen all kinds of them, just as many of them are yet to premiere in the near future.  Will “Selma” be the film to set the bar for biopics?

Henry Lloyd, Jr. was born on March 6, 1940 in Fayetteville, North Carolina to Marie Lloyd and Henry Lloyd, Sr. The second of six sons, Henry grew up an inquisitive and active child. […]

Dr. Martin Luther King, Jr. and the gospel of action

Dr. Martin Luther King, Jr. and the gospel of action
[…]