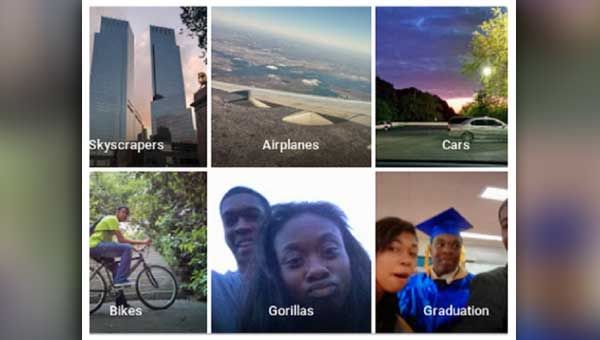 Google apologizes for mixing up Black people with Gorillas

Google has apologized after its photo application confused Black people with gorillas.

Over the weekend, programmer Jacky Alciné tweeted a screenshot of photos he’d up-loaded in which the app had labeled Alcine and a friend, both African American, as “gorillas.”

“Google photos, y’all f****d up. My friend’s not a gorilla.” Alcine tweeted. Another tweet read, “What kind of sample image data you collected that would result in this son?”

Google said it was “genuinely sorry” that the app classified the Black friends as gorillas.

Google engineer Yonatan Zunger tweeted, “This is 100% NOT OK” in response to Alcine’s tweets. Zunger also promised Alcine that Google would fix the glitch.

The first fix tried was not successful so Zunger said the tag was removed and the company would be working on “long term” fixes for the issue.

“Lots of work being done, and lots still to be done. But we’re very much on it,” he said.

The image recognition software is designed to capture features that allow for easier cate-gorization of photos. This way, balloon pictures are grouped together with other pictures of balloons, mountains with mountains, and so on.

‘We’re appalled and genuinely sorry that this happened. We are taking immediate action to prevent this type of result from appearing. There is still clearly a lot of work to do with automatic image labeling, and we’re looking at how we can prevent these types of mistakes from happening in the future,” wrote a Google spokes-person.