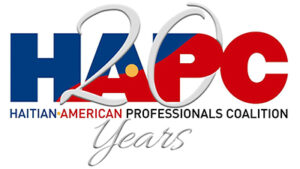 MIAMI, FL—The HAVE Coalition stands in unity with the diverse assembly of civil rights leaders, US elected officials and human rights organizations who vehemently object to the inhumane and excessively cruel treatment of Haitian refugees by United States Customs and Border Control (CBP) along the US-Mexico border at Del Rio, TX. At a broader level, we also question, along with others, why the Biden-Harris administration is blatantly failing to meet the expectations it set regarding respect for the human rights and dignity of refugees. Last week’s images of CBP agents on horseback herding Haitians, as if they were cattle, traumatically triggers memories of an America thought to have been left behind after the US Civil War. President Biden–we must do better.

While we respect the fair application of the rule of law, the Biden administration is manifesting an aggressive posture of unjust repatriations indistinguishable from the Trump administration. Continuing these en masse repatriations of Haitian refugees in Del Rio demonstrates a complete disregard of US immigration laws by the administration when managing this latest crisis. As an organization representing the Haitian Diaspora across the United States and in solidarity with our brothers and sisters at the US southern border, we demand the following:

No amount of anti-Haitian migrant policies will stem the flow of Haitians fleeing horrific conditions as they seek refuge for themselves and their families coming to the United States. This and future migrant crises from Haiti are the result of failed US foreign policies to Haiti which facilitated the failed state we see today. In an effort to reverse these state of affairs, Candidate Biden stated that he would have a conversation with the Haitian American community on how to improve foreign policy to Haiti, including US foreign aid. Despite the confluence of a de-facto government, rampant insecurity caused by gang fiefdoms and a burgeoning irregular migrant crisis, the Biden administration is not fulfilling its campaign promise to dialogue with our community to resolve these issues. For the most part, it’s the same failed playbook being manifested, expecting miraculous results. This is not Building Back Better.