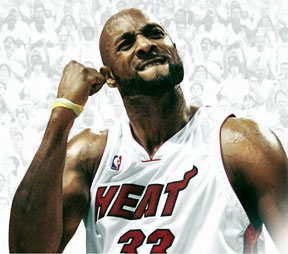 How organ donation saved my life

During my basketball career, I won the NBA Finals and an Olympic Gold Medal. I thought I was strong enough to take on anything that came my way — that there was nothing I couldn’t just put some ice on and play through.

Then, in 2001 I was diagnosed with a rare form of kidney disease called focal glomerulosclerosis and was told that I needed a kidney transplant.

It doesn’t matter who you are, organ failure can affect any one of us.

I was fortunate enough to receive a transplant from a family member, and never had to be on an organ waiting list, but many others are not so lucky.

After I was diagnosed, I received a letter from a girl named Molly, a 17-year-old student form New Jersey. Molly wrote to me that her mother was suffering from a kidney disease, the same one that Molly’s grandmother had died of. While I was in the hospital recovering, I used Molly’s letter as a bookmark — as a reminder that we all needed to be doing more to help those who weren’t as lucky as I was.

There are more than 120,000 Americans currently on the organ transplant waiting list, and 22 of them will die every day if they don’t receive that vital organ. The need is particularly pronounced in communities of color and disadvantaged populations, and we all need to do our part to help.

Today, the White House hosted a summit to highlight initiatives that help reduce the organ waiting list. One day, research investments like those announced today will end the organ shortage crisis forever. But it’s not enough to sit and wait for science to solve the problem.

There is something we can all do, right now: become an organ donor.

One reason that the waiting list for transplants has become so long is that, even though 95 percent of Americans support organ donation, only a fraction have actually signed up as donors. Registering takes less than a minute.

You can also tell the world by proclaiming on social media, “I’m an #OrganDonor” so that your loved ones know you’re willing to donate, and you can also inspire others to join the cause.

Three years after my kidney transplant I won an NBA Championship with the Miami Heat. If not for my donor, I would have been hooked up to dialysis machines and may not have even survived. Each of the 120,000 people on the waiting list has great things to accomplish in the future ahead of them.

And there’s something each and every one of us can do to give them a chance to achieve them. Find out how you can help.