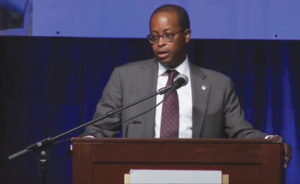 Washington, DC, is during a culture war between the new residents who want to mold the city into their own version of VanillaTown and the folks who didn’t ask for any of this shit but now must defend their ways of life. Yes, we’re talking gentrification. From new residents of Chinatown trying to stop the kids from playing music near the Gallery Place Metro, DC’s current mayor (who is Black), Muriel Bowser ignorantly trying to erase quintessential DC culture, the #DontMuteDC movement near Howard University’s campus to the recent issue ON Howard’s campus where residents have taken to using Howard’s Yard as a dog park, with one resident even suggesting that if Howard doesn’t like it, the university should move. Read that again.