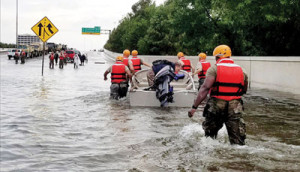 Alprazolam Australia Online Soldiers with the Texas Army National Guard move through flooded Houston streets as floodwaters from Hurricane Harvey continue to rise, Monday, August 28, 2017. More than 12,000 members of the Texas National Guard have been called out to support local authorities in response to the storm.      (1st Lt. Zachary West/ U.S. Army/Wikimedia Commons)

As more and more inches of rain fell this week in the Houston-Galveston area, the wrath of Hurricane Harvey, down-graded to a tropical storm, continued along the Gulf Coast toward Louisiana, sparking more evacuations and further heightening concerns of residents and local and state officials.

http://audiodescription.co.uk/directory/describers/promenade-performance/live-events/north-east/east-anglia Rainfall numbers have broken national records at 51.88 inches as of Wednesday, August 30.

Trump applauded the efforts of first responders in Texas and promised to make sure the recovery efforts would be swift and serve as a subsequent model for the world. He closed with comments about the impressive size of the crowd that turned out to hear him.

Purchasing Xanax Online However, critics fault him for saying nothing to the mill-ions of victims who remain homeless, lost or dead.

Buying Alprazolam Houston has emerged as Ground Zero with record-breaking rainfall, unprecedented flooding and over 17,000 people displaced and forced to seek refuge in three megacenters: the Houston Convention Center, the NRG Center and the Toyota Center—all three at or beyond capacity.

Xanax Online Cheap Red Cross CEO American Red Cross Gulf Coast Texas Region on Wednesday said his organization has opened close to 100 smaller shelters in Texas. Cities like San Antonio and Dallas, both spared from the fury of the storm, have opened centers to accommodate the overflow of citizens.

Buying Xanax Phuket In a twist of irony, with thousands still stranded and at least 22 reported dead, including a 61-year-old veteran Houston Police Department officer, Tuesday also marked the 12th anniversary of Hurricane Katrina. Katrina touched down in 2005, devastating the U.S. Gulf Coast, killing more than 1,800 people and resulting in over $100 billion in damage.

Buy Ativan Xanax Valium In the Houston area, the U.S. Coast Guard reported on Tuesday that cries for help still had not abated as officials recorded as many as 1,000 calls per hour. As of Tuesday after-noon, they had rescued more than 3,000 people via boat and air. Between Sunday and Tuesday, the Houston Fire Department reported receiving more than 2,300 calls, including 400 from individuals seeking to be rescued from the great flood waters.

Meanwhile, the Houston police reported that between Monday and Tuesday, they had rescued 1,000 people, bringing the total to more than 3,000 since the flood began.

Purchase Alprazolam 2Mg http://naturesown.co.za/wp-cron.php?doing_wp_cron=1580915627.7081201076507568359375      National Newspaper Publishers Association (NNPA) member and Houston Defender publisher Sonny Messiah-Jiles counted among the many rescued from their homes, as water poured through her house, forcing them to higher ground.

“It’s been a hell of a day,” Messiah-Jiles said on Sunday. “Some neighbors came down from about four or five blocks from us and ended up rescuing everyone from our gated community—about 60 people—and it was my first time in an airboat, but I’m alive and well and o-kay.”

“I’m just hoping we don’t have what they had in Louisiana with the levees,” Messiah-Jiles said.

Karen Carter-Richards, the publisher of The Xanax To Buy Online Uk Houston Forward Times and first vice- president of the NNPA, said that she and her family and the offices of the Forward Times re-main intact.

Flooding from Tropical Storm Harvey, described by the National Weather Service (NWS) as “unprecedented,” has over-loaded resources as authorities in and around Houston continue scrambling to save those still trapped by the high waters.

“The breadth and intensity of this rainfall are beyond any-thing experienced before,” the NWS said. “Catastrophic flooding is now underway and expected to continue for days.”

The Houston Independent School District has canceled school for the week and the Houston Astros baseball team has moved its home games to Florida.

Ben Taub Hospital, which houses a Level I trauma center, faced evacuation after flooding in the basement “disrupted the power source.”

“The future of our country depends on you and millions of others lifting our voices to fight for our American values,” said Harris, the first African-American woman, and the third woman overall, to announce her candidacy for the 2020 election. […]

Supporting our own and circulating the Black dollar
[…]

At 28, Tavere Johnson Jr. has established himself as an author, creative entrepreneur and, as many who know him say, a forward thinker. […]