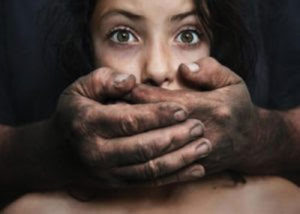 I am Dr. Ford. I am a man, but I say that because of the terrible remembrance and epiphany that her testimony before the Senate Judiciary Committee brought back to me. I watched Dr. Ford choke up and almost fight back tears as she bravely told the traumatic story of the attempted rape of her by Brett Kavanaugh. My mind flooded back to that day some years back when a teen family member told me of the attempted violent sexual assault against her by a man she thought was a friend. That didn’t end the horror. She then told me that he continued to stalk her even coming to her college class.

Like so many men then, my first thought was, “Did this really happen.” But then I saw the scars on her body from where she fought off the attacker and heard the unmistakeable terror in her voice as the tears streamed down. This was not some made up tale. I knew I had to act. I drove to the campus, and with two campus police in tow confronted him.

I got the first of two shocks when I was told no arrest could be made since he hadn’t broken any law.

But what about the assault? Again, no action could be taken, because there were no witnesses. My only recourse was to get a restraining order against him and then if he violated that, an arrest could be made.

This was the second rude awakening about the opaque and byzantine world of dealing with rape and sexual victimization against women. A world that is papered with doubt, disbelief, blind eyes, muddle, obfuscation, and that always dumps the burden on the victim to proof that there was really a sexual attack.

The result: He skipped away scot free from any culpability for the attack and the stalking. She would carry the physical and emotional scars of the violence for the rest of her life.  For me, I would carry the memory of the heinous experience for years.

But it was more than a horrific memory. It also gave me my first pained glimpse into what men rarely then and now get a chance to see, let alone confront. That’s the deep emotional carnage that sexual assault wreaks on women, and especially teen girls. More often, as in my case, the girl is a family member.

My first reaction to her horror story was skepticism even though there was no earthly reason why a teen would make up a story like this. It spoke volumes about how far too many men of my generation were reflexively conditioned to brush aside the scream from girls and women of sexual abuse. In most cases, it was classic, he said, she said, and in the absence of witnesses, there was no case to be made, and so nothing really to get alarmed about.

This made it even easier to duck, dodge, deny, or simply ignore the appeals from women to believe them.  Even after my first-hand experience with sexual assault, it still took many more years for me to fully understand and confront the colossal crisis of rape and sexual violence that tears apart the lives of so many women.

The Iowa Law Review in March 2014, for instance, found that rape is routinely underreported in dozens of cities. Rape claims were often dismissed out of hand with little or no investigation. The result was there were no reports, no statistical counts and no record of many attacks.

The study zeroed in on the prime reason for this, namely disbelief. Disbelief assures that men are often believed when they scream foul at their accusers. They may lambaste them as liars, cheats and gold-diggers, or ridicule and demean them as sluts. Guys with money and power, as we saw with Bill Cosby and Harvey Weinstein, if things get too hot, toss out a few dollars in hush-money settlements and then scream even louder that it was all a shakedown operation in the first place, further demonizing the victim.

A gross misconception about prosecuting sexual crimes has instilled the dangerous public notion that rape, and sexual harassment can be minimized, marginalized or even mocked because the clock has wound down on when the crime could or even should be reported or prosecuted.

Contributing to the problem is a misunderstanding of what a typical sexual predator looks like. Countless studies show that attackers are not usually stereotypical perverts. A sexual attacker can be anyone — from the helpful, adorable boy next door to a wealthy, staid, respectable pillar of the community with a loving family. When they are accused of sexual harassment, abuse or rape, the gasp of disbelief ripples not only through the alleged perpetrators’ families, but among friends, associates, law enforcement and the courts.

The attacker of my family member was someone who to me seemed congenial and harmless. I had no reason to think of him as a sexual victimizer.

I now know the truth about guys like this. Therefore, I say again, though I’m a man, my name is Dr. Ford.