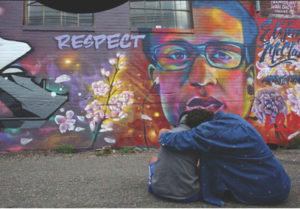 Colorado police and paramedics who stopped Elijah McClain made a series of crucial errors that ended in the young man’s 2019 death, findings of an independent probe revealed on Monday.

Aurora police had no justification to stop or use force to detain McClain, and responding paramedics sedated him with ketamine “without conducting anything more than a brief visual observation” of the 23-year-old Black man, according to a panel of medical and legal experts appointed by the City Council, which commissioned the report.

McClain was stopped on Aug. 24, 2019 in Aurora by officers answering a call reporting a suspicious person in the area.

The initial stop of McClain was questionable, as “none of the officers articulated a crime that they thought Mr. McClain had committed, was committing or was about to commit,” the report found.

“This decision had ramifications for the rest of the encounter,” according to findings.

A chokehold was used during the confrontation and he was injected with ketamine, with authorities believing he was in a state of excited delirium and posing a threat to officers, authorities have said.

“Based on the record available to the panel, we were not able to identify sufficient evidence that Mr. McClain was armed and dangerous in order to justify a pat-down search,” the report said. “The panel also notes that one officer’s explanation that that Aurora officers are trained to ‘take action before it escalates’ does not meet the constitutional requirement of reasonable suspicion to conduct (a stop or frisk).”

The 5-foot-7, 140-pound McClain was given ketamine that would have been proper for a man weighing 190 pounds, according to the panel’s findings.

“Aurora Fire appears to have accepted the officers’ impression that Mr. McClain had excited delirium without corroborating that impression through meaningful observations or diagnostic examination of Mr. McClain,” the report said.

“In addition, EMS administered a ketamine dosage based on a grossly inaccurate and inflated estimate of Mr. McClain’s size. Higher doses can carry a higher risk of sedation complications, for which this team was clearly not prepared.”

McClain lost consciousness and was taken off life support on Aug. 30.

The young man’s death gained national interest over the summer in light of George Floyd’s killing in Minneapolis, as millions of Americans took the streets protesting police brutality and systemic racism.

“In looking at this single incident, the panel has insufficient information to determine what role, if any, bias played in Aurora Police officers’ and EMS personnel’s encounter with McClain,” according to the city-commissioned experts.

“However, research indicates that factors such as increased perception of threat, perception of extraordinary strength, perception of higher pain tolerance, and misperceptions of age and size can be indicative of bias.”

Over the summer, though, Colorado became the first state to end so-called “qualified immunity,” a legal principle which generally shields police officers and other government employees from being held personally responsible in civil court.

Previously, fire and emergency medical services officials in Aurora have said a preliminary review found that medics’ actions on the night police detained McClain were “consistent and aligned with our established protocols.”

A spokesman for the Aurora Police Department declined comment on Monday, while a representative for the fire department could not be immediately reached.

Union representatives for police and fire department employees were also not immediately available for comment.

“This is a broadside on the city of Aurora from top to bottom, beginning with the illegal stop that set the wheels in motion and the illegal conduct every step of the way,” Newman told NBC News on Monday.

The department’s homicide unit “failed to ask basic, critical questions about the justification for the use of force,” and the Force Review Board review was “cursory and summary at best,” the report found. The incident wasn’t even reviewed by internal affairs, the panel said.

“Without a detailed examination of the justification for the use of force throughout the incident, important opportunities to identify problems and reform practices were lost,” the report said.

The officers and the medics involved in McClain’s death were not criminally charged. An autopsy failed to identify a precise cause of death.

“This report confirms what we have been saying from the start,” McClain’s father, LaWayne Mosley, said in a statement. “The Aurora police and medics who murdered my son must be held accountable.”