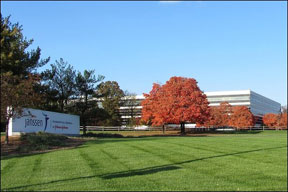 Partnerships are key to ending the HIV/AIDS epidemic. No one knows that better than Janssen Therapeutics, a division of Janssen Products LP, which is dedicated to fighting infectious diseases such as HIV/AIDS.

“If we’re ever going to get to the end of HIV and AIDS, the only way we can do that is if we all work together,” says Paulette Heath, director of policy and advocacy for the Titusville, N.J.-based company. “We’re talking about industry, advocates, government and people living with HIV.”

Janssen, which falls under the umbrella of the Johnson & Johnson Family of Companies, has a long history of working with HIV. Since 2006 the company has introduced many HIV medications and been committed to educating people on how HIV medications work. The company also offers services that support adherence. For example, medication-reminder programs nudge patients via email or a smartphone app when it’s time to take their HIV medication.

A lot of what Janssen does is offer “day-to-day support and knowledge of the disease,” says Heath. For PLWHA, that means helping them improve their general health.

For those who are newly diagnosed, “it’s really important to get them into care,” says Heath. Unfortunately, there are a number of difficult-to-reach populations, and one of Janssen’s goals is to work closely with organizations that are reaching out to those communities. In 2008 Janssen launched an initiative called Linking in-Need Communities to Care, which focuses on removing barriers to HIV/AIDS treatment in disadvantaged areas.

“It’s important to make sure everyone has the care that they need,” Heath says.

The researchers at Janssen know better than anyone that science has improved life dramatically for PLWHA. Yet people won’t benefit from the science if they don’t understand how it can help them.

Janssen partnered with the Black AIDS Institute, the Latino Commission on AIDS, the National Association of State and Territorial AIDS Directors, Johns Hopkins University and the Centers for Disease Control and Prevention to conduct the U.S. HIV Workforce Knowledge, Attitudes and Beliefs Survey, the first national assessment of how much nonmedical HIV/AIDS service providers know about the science and treatment of the disease.

The findings of the landmark survey were troubling. In fact, respondents on average answered only 63 percent of the questions correctly the equivalent of getting a D on their knowledge of HIV treatment issues. If the service providers don’t understand how biomedical advances such as pre-exposure prophylaxis can help prevent the transmission of HIV, then how are members of the community supposed to know about all of their options?

Janssen is committed to raising the bar in terms of what service providers know about HIV, and “we are working to figure out how we can help with some educational tools to fill those gaps,” Heath says.

Another initiative to help raise awareness is the Virology Portal, an educational resource for those who provide services to PLWHA. It includes a content library filled with fact sheets to help service providers better discuss HIV prevention and treatment options with clients, as well as a listing of other available client services. The portal is also a hub for service providers to get more education and training.

For those who are willing to share the latest knowledge about HIV/AIDS, Janssen has also developed educational tools such as interactive discussion guides, therapy initiation kits and community speaker pro-grams.

Although many of the company’s initiatives are in support of HIV/AIDS service providers, Janssen also provides direct help to PLWHA. For example, a Patient Savings Program provides financial assistance to those who cannot afford the medications that they need.

As advances in science and policy change the approaches that are taken to address the HIV/AIDS epidemic, Janssen’s commitment to the community remains the same. “People living with and impacted by [infectious] diseases—they’re at the center of everything that we do,” Heath says.

Tamara E. Holmes is a Washington, D.C.-based journalist who writes about health, wealth and personal growth.