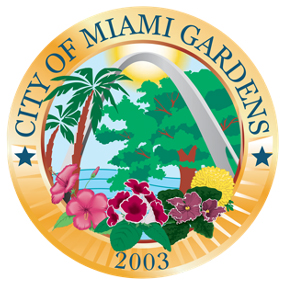 MIAMI GARDENS, FL —  Jazz in the Gardens announced the 2020 lineup for the 15th anniversary of the event today at the City of Miami Gardens press conference. This year, Live Nation Urban and Live Nation Miami have signed on as partners to produce the festival in Miami Gardens at Hard Rock Stadium on March 14-15, 2020. The festival will showcase impactful and influential artists, including Mary J Blige, Jill Scott, Charlie Wilson, H.E.R, Kirk Franklin, SWV, and Stokely from Mint Condition with more to be announced. Rickey Smiley will once again return as the host for the 2020 Jazz in the Gardens Festival.

“Jazz in the Gardens celebrates its 15th Anniversary in 2020 and we are very excited. This year’s festival has a stellar lineup of Grammy award winning artists. It is not only the City’s signature event, but it’s also how we say hello to the world as we draw thousands of people from all over to party with us. We look forward to seeing you on March 14th and 15th,” said Mayor Oliver Gilbert.

“We are honored to partner with Mayor Gilbert and the city of Miami Gardens on the 15th anniversary of Jazz In The Gardens”, said Brittany Flores, President of Live Nation – Miami, “The event is a staple here in South Florida and we are beyond excited to help continue the tradition and usher in the next chapter of this amazing event”

“As a manager, my clients have played this festival several times over the past decade” said Shawn Gee, President of Live Nation Urban, “so when presented with the opportunity to work alongside the city to produce the event this year, I was super excited.  Jazz in the Gardens is one of the most important live events in the culture of Jazz & R&B music, globally. Our goal is not only to produce a stellar event, but to let the world know about the hidden gem that city of Miami Gardens has with this event”.

The sponsorship is a continued celebration of Music Choice’s Black History Month celebration and its partnership with the City of Miami Gardens. […]

Beyond the music, 14 years later, Jazz in the Gardens is still drawing audiences from near and far

The second weekend in March is circled permanently in red on my calendar because of Jazz in the Gardens. Jazz in the Gardens presented by Miami Gardens is almost a week-long celebration of music, culture and food that is being dubbed as “the fastest growing jazz and R&B festival in the U.S.” […]