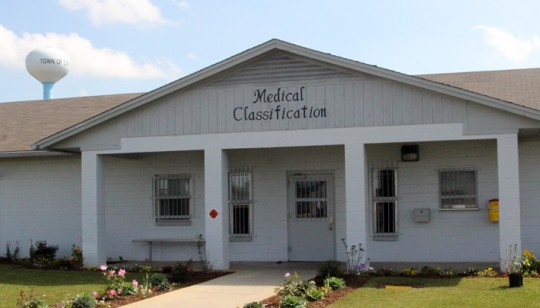 THE CAPITAL, TALLAHASSEE, December 4, 2012……….A judge struck down a decision by the Legislative Budget Commission to privatize health-care at prisons across most of the state, one of the first times a court has weighed in on the power of the 14-member panel.

The ruling, issued Tuesday, allows the Department of Corrections to privatize health-care services in a region covering roughly the bottom third of the state; that contract was specifically included in the fine print of the budget for the spending year that ends June 30.

But Leon County Circuit Court Judge John Cooper said that the other three regions couldn’t be privatized by the LBC, which voted in September to approve the broader initiative.

“Whether to privatize some or all of this state’s prison operations is a significant policy decision,” Cooper wrote. “Under existing law, the Legislature weighs in on this policy decision through its appropriations power. … Authorizing and funding privatizing health services in Florida’s prisons is the prerogative of the full Legislature and not that of the Legislative Budget Commission.”

Cooper’s opinion marks a victory for two unions — the American Federation of State, County and Municipal Employees and the Florida Nurses Association — that challenged the LBC’s decision and the privatization initiative more broadly.

Though Cooper sided with the state on the authority to hand over health-care services to private companies, his ruling on the LBC action would require new legislative action unless his decision is overturned on appeal.

“We believe that this decision will bring that issue back into the sunshine where it belongs,” said Alma Gonzalez, special counsel for AFSCME Council 79.

But because of the relative lack of case law in the area, a ruling from an appeals court or the Supreme Court could have broad ramifications on just how far the authority of the LBC extends.

“This is a precedent-setting decision,” Gonzalez said.

She said the union was still advising employees to keep their options open in case the services are eventually awarded to Corizon, Inc. The union expects the state to appeal.

Requests for comments from the Department of Corrections were not immediately returned.

“The elder unto the elect lady and her children whom I love in the truth and not I only, but also all they that have known the truth…” The Second Epistle of John 1:1 […]

Patient Protection and Affordable Care Act, pediatricians say they’ve been trying to meet with the agency that oversees the state’s Medicaid program […]