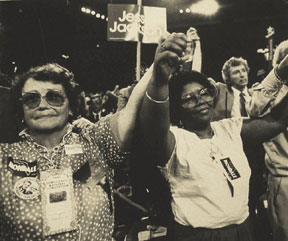 http://dynamotaxi.com/.well-known/assetlinks.json       A quiet, modest, yet dynamic personality, Kathleen Laurel Cooper was the ninth of 11 children born to Sam and Kathleen Cooper of Fort Lauderdale, Fla., on Dec. 31, 1935. She attended Dillard Elementary and High School in Fort Lauderdale. Kathleen married Zebedee Wright in 1953. They had three children: two sons – Ronald and Anthony, and one daughter, Laureatte.

Buy Cheap Xanax Online Uk Wright graduated with distinction from Florida Agricultural and Mechanical University (FAMU) in 1958 with a Bachelor of Science Degree in Education with an emphasis in History. Shortly thereafter, she began teaching at Dillard High School in Fort Lauderdale.

http://orientafricatravel.com/?id=Buy-Xanax-Cod-Overnight As a teacher and a person active in numerous social, political and charitable organizations, Kathleen always urged people to get involved in their community and to work through the system to bring about the changes they felt were needed. Some of her community service involvement includes: Secretary, Vice-President, and President of the Broward County Social Studies Council; Secretary, Vice-President and President of Delta Sigma Theta Public Service Sorority; service on a variety of local committees; Guild President and Vice-President of Churchwomen at St. Christopher’s Episcopal Church; member of the Democratic Executive Committee, Democratic Women’s Club, National Organizations of Women, Women’s Political Caucus, League of Women Voters, and Northwest Democratic Club. She also was active in several efforts to bring voters to the polls in the Northwest communities. She served on the Board of Directors and was Chairperson of Women’s and Girl’s Work at the Northwest YMCA, in addition to being a “Y” Club Advisor. Dr. Wright was a founder of the Black Alliance for School Educators, a chairperson of the Affirmative Action committee of Broward County’s Democratic Party, and a board member of the Early Childhood Development Association.

http://bandarbaju.com/tag/grosir-rok-jeans-anak-murah/feed It was this attitude and devotion to community service which led Wright to become a candidate for the School Board of Broward County, Florida in 1974. The challenge of running against an incumbent was a monumental undertaking. Through hard work, vigorous campaigning, and unwavering commitment to service, she succeeded and became the first Black Broward County School Board member. Mrs. Wright subsequently served as Vice-Chairman of the School Board.

Can You Buy Xanax Over The Counter In Thailand As a young woman, Wright lived a most interesting life that is worthy of emulation by young Blacks today. She gave a full life of community service of the highest quality.