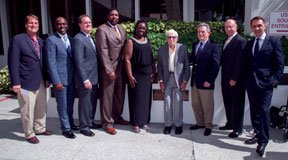 The Citizens Recognition Awards recognize Fort Lauderdale citizens whose efforts and achievements foster civic pride and responsibility, encourage public service, develop appreciation of the City’s heritage, and significantly contribute to the development of the community. Award categories include:

http://dynamotaxi.com/product-category/strollik/?filter_color=blue,green,orange,black,yellow Citizen of the Year – awarded to a Fort Lauderdale resident who, in the opinion of the Citizens Committee of Recognition and the City Commission, has made the greatest contribution to the community in the current year

Distinguished Citizen – awarded to a resident of the community who has contributed to the development of Fort Lauderdale over a number of years (i.e., a pioneer).

Cheapest Xanax Online Exemplary Former City Employee – awarded to a former City employee who has served the citizens of Fort Lauderdale for a significant number of years and whose service has made a significant impact on the development and quality of life for the community. (This person may be retired, deceased or separated from the City.)

The Citizens Committee of Recognition will review the nominations and make their recommendations to the City Commission for final approval. The 2015-2016 recipients will be recognized at the 42nd Annual Citizens Recognition Awards event later this year.