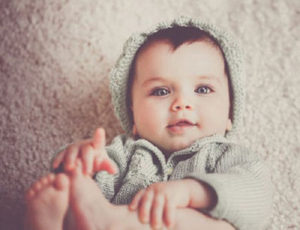 He Said:  No way! On the 27th of July N.P.R. did an article on parents choosing to not put the gender of their child on birth certificates.  Instead they want to wait and let the child decide what gender they are.

You know the old adage, “People lie, but Numbers don’t”.  Same is true for chromosomes. Men are always “XY”, Women “XX”.  No choice or preference is available. You can choose to live an alternative lifestyle, but you are what you are.  A child does not have the maturity to even participate in that decision!

Nicole, talk about White Privilege gone rampant?? My Black and Brown folk don’t ponder this type of question.  Nor  are they organizing financing for sex change operation, because little Suzy decides to become little Sammy!

She Said: I have to tell you, this is not a hot topic of discussion even in my white lesbian household! Sexual reassignment is a vastly important subject to a very small percentage of people. In fact, it’s not exclusively a white issue, and impacts individuals from every ethnicity. Waiting for a child to decide for him/herself before announcing gender seems a bit tricky logistically. For instance, how would you name your infant.

DNA notwithstanding, trans people feel overwhelming psychological discomfort about their birth gender. That you and I haven’t experienced that sensation makes it no less true for them, and it’s not our job to challenge their reality. After all, birth defects happen all the time. Are you opposed to medical intervention for other physical abnormalities?

Gender reassignment is an individual  decision but probably better made in maturity than infancy!

He Said: We agree that you should be an adult to make those kind of gender decisions. A third grader does not have  enough experience to make that decision. Tolerance is what Christ preached.  Thus, if a person wants to go down that path and be a “Trans” I would say “Be you”. There is no need for me to consent to your choice. Follow the “Golden Rule”!!