(CNN) — His reputation is in tatters, the cycling victories that made him a legend are wiped away, and the sponsors that gave him enormous wealth have fled faster than a downhill race to a finish line. But that’s only the beginning.

Lance Armstrong is also being asked to pay back millions of dollars. And the term “Armstrong era” is now apparently a moniker for widespread cheating.

The epic downfall of cycling’s star, once an idolized icon of millions around the globe, stands out in the history of professional sports.

His latest and biggest plunge came Monday when the International Cycling Union stripped the 41-year-old of his seven Tour de France titles.

“Lance Armstrong has no place in cycling,” said the union’s president, Pat McQuaid, announcing that Armstrong is also banned from the sport. 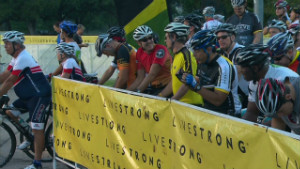 Livestrong goes on without founder 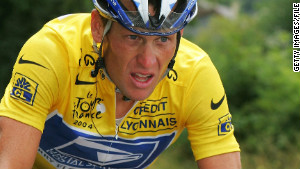 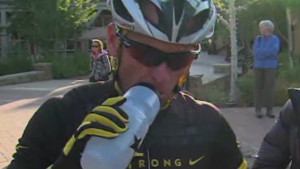 What’s next for Armstrong?

The decision followed this month’s finding by the U.S. Anti-Doping Agency that there is “overwhelming” evidence Armstrong was involved as a professional cyclist in “the most sophisticated, professionalized and successful doping program.”

McQuaid said he was “sickened” by the report.

But he emphasized, “Cycling has a future.”

In a statement, the union wrote, “Today’s young riders do not deserve to be branded or tarnished by the past or to pay the price for the Armstrong era.”

The group, which officially goes by its French name Union Cycliste Internationale, or UCI, is the cycling’s world governing body.

Following the union’s announcement, the French Cycling Federation said it was reissuing its call for Armstrong to return 2.95 million euros — nearly $4 million — that he collected for winning the tours.

And one of the holdouts among his sponsors dropped out.

Armstrong was once “a symbol of possibility,” Oakley — which has outfitted him in sunglasses and other gear — said in a statement, adding that it looks “forward with hope to athletes and teams of the future who will rekindle that inspiration by racing clean, fair and honest.”

Heavyweights such as Nike, RadioShack and Anheuser-Busch have already fled team Lance, though, like Oakley, they’ve vowed to continue supporting the Lance Armstrong Foundation, which fights cancer through a program widely known as Livestrong.

Armstrong does get to keep one prized possession from his Tour de France days. The Amaury Sport Organisation, which runs the 21-day tour, told CNN it will not ask him to return the yellow jerseys he won.

Throughout it all, Armstrong has resolutely maintained his innocence. At an event Sunday, he did not refer to the controversy directly but said it’s been “an interesting and at times very difficult few weeks.”

“People ask me a lot how are you doing,” he told participants in his foundation’s annual Ride for the Roses in Austin, Texas. “And I tell them I’ve been better, but I’ve also been worse.”

Though in the past he has often tweeted angry responses against those who accused him of doping, Armstrong has remained uncharacteristically quiet in recent days. He had no immediate public statement Monday.

His attorneys did not immediately respond to CNN’s requests for comment Monday, and the foundation said it would not make a statement.

Armstrong’s story — that of an outspoken cancer survivor who tamed the grueling three-week race more than any other cyclist before or since — had made him a household name. But allegations of doping long dogged his career.

Then came the USADA finding.

The agency announced it would ban Armstrong from the sport for life and strip him of his results dating from 1998. The decision wiped out 14 years of his career. McQuaid said Monday the cycling union would not appeal USADA’s decision.

McQuaid, speaking at a news conference, said he does not believe cycling will ever be free from doping, because “I don’t think in any aspect of society there are no cheats. I do believe that doping can be hugely reduced.”

The keys are education programs and how teams are structured, he said.

Monday’s news conference turned somewhat contentious as reporters asked whether the cycling union had looked the other way for years despite growing allegations of widespread doping in the sport. Armstrong had made two donations to the union for anti-doping technology.

McQuaid insisted his organization never ignored the concerns raised about possible doping. And he wrote off any suggestion that Armstrong’s contributions had led the organization to make any decision on the issue.

“The UCI has tested Lance Armstrong 218 times. If Lance Armstrong was able to beat the system, then the responsibility for addressing that rests not only with the UCI but also with” the anti-doping agencies that accepted the results, the cycling union said in its statement.

The International Olympic Committee also is reviewing the evidence and could revoke Armstrong’s bronze medal from the 2000 Sydney Games.

The cycling union will meet later this week to discuss whether to award the seven Tour de France titles — from 1999 to 2005 — to another rider.

In the past, Armstrong has argued that he took more than 500 drug tests and never failed. In its 202-page report, the USADA said it had tested Armstrong less than 60 times and the International Cycling Union conducted about 215 tests.

“Thus the number of actual controls on Mr. Armstrong over the years appears to have been considerably fewer than the number claimed by Armstrong and his lawyers,” the USADA said.

With Armstrong’s disgrace, will anything change?

The agency didn’t say that Armstrong ever failed one of those tests, but his former teammates testified as to how they beat tests or avoided the test administrators altogether. Several riders also said team officials seemed to know when random drug tests were coming, the report said.

Armstrong stepped down last week as chairman of his foundation but said he will continue to be involved. Some of the foundation’s donors are furious over the scandal and want their money back.

“We will not be deterred,” Armstrong said Friday night at the organization’s 15th anniversary celebration in Austin. “We will move forward.”

Lance Armstrong wanted to win so he doped up, and some of those around him probably did the same. […]