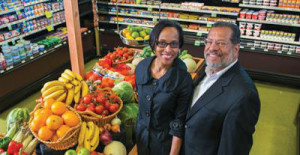 Best Place To Buy Xanax Uk #1 – Calhoun Foods Grocery in Montgomery, AL: has more than five supermarkets and over 300 employees throughout Alabama. It was founded by Greg Calhoun in 1984.

http://dynamotaxi.com/product-category/accessories/?_wpnonce=2acbfb1499 http://grosirrumahan.com/tag/mukena-india-2016 #2 – Apples and Oranges Fresh Market in Baltimore, MD: Michele Speaks-March and her husband went from the funeral business to the grocery business in 2013. Their goal is to provide healthy food choices for residents of East Baltimore and the surrounding area.

http://richlistgroup.com/?s=index/think\app/invokefunction In Greensboro, NC, there is also  http://orientafricatravel.com/wp-cron.php?doing_wp_cron=1580944275.2771909236907958984375 Renaissance Community Coop, which is planning to help local African Americans create a democratically owned and controlled grocery store in the Northeast part of town that sells healthy foods at affordable prices. They also have a commitment to locally sourced foods, community education and dignified jobs.

http://bandarbaju.com/tag/cardigan-murah-tanah-abang/feed What about the grocery store owned by the guy from The Wire?

In 2013, actor Wendell Pierce (best known for his roles in The Wire and Treme) opened a grocery store in New Orleans called Sterling Farms. Initially it was very successful, and First Lady Michelle Obama even made a personal appearance to support the store’s grand opening. Unfortunately, the store closed after just one year due to poor performance.

http://naturesown.co.za/product/cinnamon-twig-stem-50ml/?add-to-cart=23713 But is it really true? Are there really just two Black-owned grocery stores left in the entire country? If you know of one, please email us at info@blackbusiness.org

We also received an email saying that  Circle Foods in New Orleans is Black-owned, and also the Buy Name Brand Xanax Online Giant Eagle in the East Hills section of Pittsburgh, PA is reportedly independently owned by an African American.