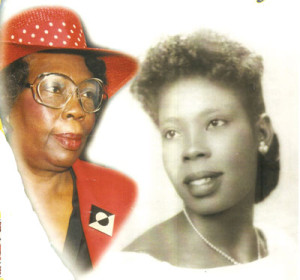 A home going celebration for long time Broward educator, community servant, and social activist Dr. Eunice Cason Harvey was held on Saturday, July 22, 2017 at Mt. Calvary Baptist Church in Pompano Beach, Fla. where she had been a member for over 70 years. Dr. Eunice Cason Harvey, born in Wellborn, Fla., in Suwannee County on July 9, 1924 to the late Mancie and Mary Canon, was the youngest of nine siblings.

Dr. Harvey was only five months old when her father relocated to Pompano Beach, Fla. Her parents’ deaths placed her in the loving home of her uncle, Mr. Sherman Cason and his wife Willie, who enrolled her in the Pompano Colored School where she completed grades one through10, the apex  educationally for Negro children in Pompano at that time. She subsequently completed her formal education at Gibbs High School in St. Petersburg, graduating with honors. Dr. Harvey completed her undergraduate degree in Business Education with a social studies minor at Florida A&M College (now FAMU University) in Tallahassee. She later earned a master’s degree in Administration and Supervision from Boston University and a doctorate in Administration and Supervision from the University Of Beverly Hills, California. She was also awarded an honorary doctorate from Trinity Theological Seminary of South Florida.

Professionally, Dr. Harvey worked under the legendary Mrs. Blanche Ely as a teacher; dean of girls and an assistant principal for 19 years. During the period of desegregation, Blanche Ely High was closed, forcing students and employees into making radical adjustments regarding school/work, and Dr. Harvey was no exception, spending the next 21 years at Deerfield Beach High School as an assistant principal.

Dr. Harvey was a charter member of the Delta Upsilon Sigma Chapter of Sigma Gam-ma Rho Sorority, Inc. in Broward County, serving as Basileus (president) from 1977-1982. She was also an active member of the FAMU Alumni Association, a community leader, and a social activist, Dr. Harvey petitioned the city of Pompano to rename Northwest Third Avenue Esther Rolle Avenue in honor of her schoolmate, the nationally acclaimed actress who starred as Florida in the hit television show “Good Times” and co-sponsored petitions to rename Northwest Sixth Avenue and Hammondville Road after Mrs. Ely and Dr. Martin Luther King, Jr. respectively. 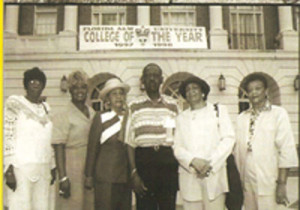 Politically astute and socially aware, she served as treasurer of the Democratic Women’s Club of Broward from 1983-1985, region VII chair from 1985-1988, and second Vice President from 1991-1996. Additionally, she received invitations and attended the inaugurations of Presidents Clinton and Obama.

Over her lifetime Dr. Harvey received numerous awards, honors and proclamations: the Gwen Cherry Award at the Florida Area Conference of Sigma Gamma Rho Sorority, Inc.; the Broward School Board  Recognition of Appreciation A-ward; the first Golden Apple Award for teachers; the FAMU National Alumni Association Life Member Award; and most recently  she was honored in March 2017 by the Broward Chapter of the Daughters of the American Revolution and the city of Lauderdale Lakes for her community involvement and civic activities.

In 1969-1970, the last year before Blanche Ely’s closing, Dr. Harvey made a lasting impact on four young men: Thomas Ballard, Henry “Mike” Jones”, Donnell Sanders, and Sylvester “Nunnie” Robinson, who were just beginning their professional educational careers, an infinitesimal impression. You see, her love for and commitment to education never ceased as she mastered the technological advances of email, texting, et al, something that many in her generation, if intrepid enough to attempt, found frihteningly daunting.  As one of her Facebook friends, I was captivated by her relentless pursuit of educating any and all willing to consume the historical knowledge she so eloquently presented via social media about her family’s history, Pompano Beach, Broward County, the state of Florida, and other nationally relevant stories. As a published author and public speaker, her contributions to society will have a lasting impact for years to come and her greatness can’t be overstated.

Dr. Harvey lived by this mantra: “There is a destiny that makes us sisters/brothers; none goes his way alone. All that we send into the lives of others come back into our own.” – Edwin Mark,