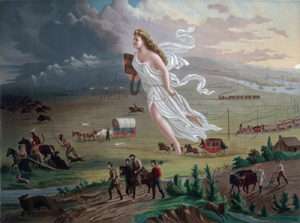 One weekend evening in 1966, while traveling from Camp LeJeune in Eastern North Carolina to Myrtle Beach, S.C., my Marine buddies and I began to see roadside signs advertising a “Fish Fry” near the South Carolina border.  It was late, we had not eaten dinner, and fried fish sounded like a pretty good idea.  We followed the signs that led down a dark country road to a point where cars were turning into an open field.

We fell into the long line of cars and pickup trucks and inched forward until we could see a man directing the vehicles where to park. It was then we realized that we had a big problem.  The man directing traffic was wearing a white Ku Klux KIan robe and conical headgear.  My three traveling companions were white, and I was in the back seat, so we were able to pull out of line and head back to the main road without anyone noticing that there was an African American in the car.

No one in our car said a word when we saw the Klansman. No one needed to say anything.  We all knew that we had come very close to entering a particular type of “White Space” where my presence was not welcome.  We all knew we had to get out of there.

Later, we joked about it – after we had put several miles between us and the fish fry and were certain no one had followed us. We continued our drive without any more problems.

Once we got to Myrtle Beach, my friends and I split up, thinking that we each could do better meeting girls on our own, rather than in a “pack.” But it did not take long for me to realize that I had entered another white space. While there was no one walking along the shore in Klan regalia, in 1966 Myrtle Beach was resistant to accommodating Black folk, no matter what the recently enacted Civil Rights Act said.

Black folk are not welcome in white spaces.  And recent events have demonstrated that some white people will not tolerate us invading those spaces. Recent instances of white people calling the police to come and control the presence of a Black person have startled many Americans.  But for many African Americans, this behavior by white people is nothing new.

If we give sufficient thought to what race means in America, it is easy to understand why white people always call the cops on Black people.  In the minds of many white people, all the space around them belongs to them. his goes back to the notion of Manifest Destiny and beyond.  It was this way of thinking that allowed the “American” settlers to massacre the Indians and take their land. “American” became a code word for “white,” otherwise “Native” Americans would have as much right to the land as any other Americans.

Many white people, from Christopher Columbus to Donald Trump, believe they have a God-given right to claim whatever space they want. And it is in those spaces where they expect to exercise their white privilege.

In years past, white spaces were the front seats of Southern buses, movie theatres and railroad cars reserved for whites only.  A classic white space was Levittown, N.Y. in the 1950s, a community where Blacks were not allowed to live even though the homes were subsidized by federal loans.  While some of the vestiges of a meaner time have faded away, the fetid stench of white spaces and white privilege still linger in America.

That stench has wafted into our nostrils each time a Black person is made to feel unwelcome by someone who calls the cops to prevent them from sitting in a Starbucks, playing a round of golf, moving into their apartment, moving out of an Airbnb or riding on the Napa Valley Wine Train.  And the list goes on.

Those people who call the cops do so because their white privilege feels threatened. To them, white space is where white Americans expect to enjoy “the good life” and the bounty of this country.  But as with an exclusive country club, most people of color need not apply.

The tragic death of Trayvon Martin can be explained in these terms.  George Zimmerman saw Trayvon as someone who did not have permission to be in his gated community, and Zimmerman took it upon himself to enforce that white space.

Once people of color come to understand that many white people believe that the totality of America belongs to them, then we will have a better understanding of why they are so quick to call the police.  Ignoring the fact that they are all descended from different groups of immigrants with different cultures, they believe the “other” has no entitlement in this country. No right to look differently or speak differently.  No entitlement to worship differently or to have a different sexual orientation.  Our very existence is a discomfort to them and the more prestigious the white space, the more virulent the objection to the presence of people of color.

Just as their cultural forefathers before them, these white Americans believe that it is their manifest destiny to have all that is to be had.

What does Reverend Deal say?

Spiritually Speaking: The devil is a liar, you better recognize

The devil is a liar, you better recognize […]

Our political leaders must work to solve police racism

Our political leaders must work to solve police racism