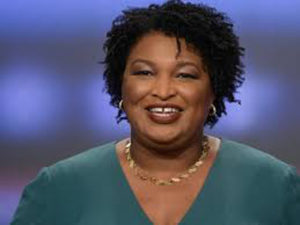 Asking Stacey Abrams to be your vice-presidential running mate is all but a no brainer. After falling victim to voter suppression in 2018 during her historic bid to be the first Black women governor, Abrams has been busy leading her Fair Fight organization to ensure the same thing doesn’t happen to her fellow Democrats on Election Day 2020. Not to mention that she told the New York Times in August that she would be open to being the vice-presidential candidate for “any nominee.” With Abrams’ rising star power within the Democratic Party, she would add much-needed diversity — and youth (she’s 46) — to Joe Biden’s presidential ticket. 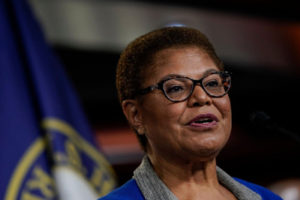 California Rep. and Chair of the Congressional Black Caucus Karen Bass has been an outspoken critic of Trump. Her profile has risen significantly since her prominent role during the president’s House impeachment. Her name has been frequently mentioned as one of Biden’s top choices to be his vice president. 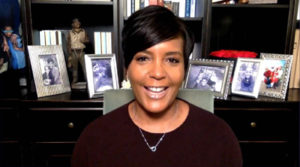 Atlanta Mayor Keisha Lance Bottoms began being officially considered for vice president following her masterful showing of leadership as her city protested racism and police violence. She swiftly oversaw the punishment of officers who brutalized a pair of young Black people before firing a city police officer who shot and killed an unarmed Black man, all in less than two weeks’ time.

Bottoms, a 50-year-old former judge, has taken a leading role in the national conversation about race and policing as well as being an outspoken critic of Georgia’s plan to reopen the state as it battles the coronavirus pandemic. Through it all, she has ramped up her rhetoric against Donald Trump, adding to her allure as a possible vice presidential running mate for Biden. 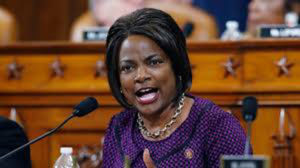 Val Demings, the current Florida Congresswoman and former chief of police in Orlando — the first woman to serve in that capacity — endorsed Biden’s presidential candidacy, stoking the flames of speculation over the two of them teaming up to face off against Trump and Mike Pence in November. Demings made a name for herself as one of the House impeachment managers when Democrats helped impeach the president. 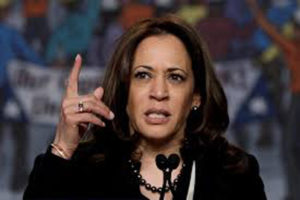 After Kamala Harris suspended her campaign, she immediately became a viable option to be tapped as a potential vice-presidential running mate. Many candidates have been stealing from her campaign playbook – literally and figuratively – underscoring how much stronger she would make a Sanders Democratic ticket. There is also the fact that she has been one of Trump’s most staunch critics who played a major role in the Senate impeachment trial despite its outcome. The combination of the above makes Harris a formidable political ally that theoretically increases the chances of beating Trump, which Democrats have said all along is their primary objective. 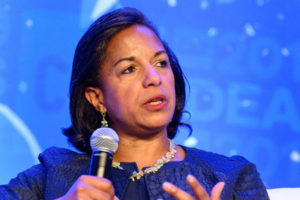 The name of the former United States Ambassador to the United Nations and National Security Advisor has been increasingly mentioned in the mix for possible choices Biden could select as his running mate. Susan Rice‘s credentials are obviously rock-solid and, at least on paper, she fits the Biden’s criteria of being in “sympatico” with since she also served in Barack Obama‘s administration. 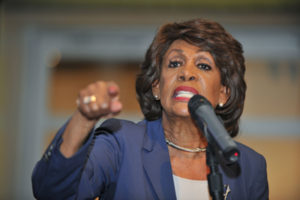 This one is a long shot since she’s even older than Biden is. But if there was ever anyone up for the fight against Team Trump, it’s Auntie Maxine, who has been a consistent thorn in the president’s side and one of the most vocal supporters for removing him from office. Can you imagine a debate featuring Mike Pence against Maxine Waters? We’re here for it.

The self-imposed deadline for Joe Biden to announce who his running mate will be is right around the corner, and the world is no more certain about his selection than it was months ago when he swore to choose a woman. In addition to some of the usual suspects who have always been rumored to be on Biden’s shortlist for vice presidential candidates, some new names have arisen in recent weeks to broaden out the roster of hopefuls.

Chief among them are California Rep. Karen Bass and former National Security Adviser Susan Rice, both of whom have recently been described as solid choices for Biden. While the rhetoric initially surrounding his choice was that the candidate must be a Black woman, such talk has relatively cooled in an apparent effort to prioritize putting together a presidential ticket that is all but guaranteed to keep Donald Trump from being re-elected in November.

South Carolina Rep. Jim Clyburn, a trusted and influential surrogate for Biden’s campaign, said Friday that he thought it was more important for Biden to name a Black woman to the Supreme Court than it was for him to have a Black running mate.

Still, it was unclear how Biden would proceed. It wasn’t too long ago when he was courting Minnesota Sen. Amy Klobuchar as a potential running mate. But she removed herself from the running in June and suggested a woman of color be selected instead. Klobuchar’s unexpected announcement fell short of calling for a Black woman, in particular, to be chosen, he comments may have all but eliminated Massachusetts Sen. Elizabeth Warren and Michigan Gov. Gretchen Whitmer from VP contention and place pressure on Biden to choose a Black woman. (Ironically it wasn’t too long ago when Warren was claiming that she was a woman of color.)

Without Warren or Whitmer in the vice-presidential picture, that left people like Florida Rep. Val Demings — a Black woman who confirmed last month that she was on Biden’s “short list” of people he is considering for the role — along with Bass, Rice and California Sen. Kamala Harris among the leading choices.

The idea of Biden picking a Black woman running mate was briefly quashed in March when it was first announced that Biden was considering Klobuchar to be his running mate. Choosing Klobuchar, who suspended her own campaign for president before quickly endorsing Biden, could have been seen as a slap in the face to the many Black people — especially Black women — who have ardently supported Biden’s candidacy with undying loyalty.

There is, of course, no shortage of qualified Black women for Biden to choose from. As such, NewsOne has identified multiple viable vice presidential running mates who are Black women for Biden to choose from. Black women have proven to be the unifying factor in a number of high-profile elections in recent years, both as voters and candidates alike. Immediately following the 2018 midterm elections, it was further proven that Black women were not only great political organizers on the ground but were also very electable in their own rights. There is no reason to doubt that a Black woman would make a great addition to Biden’s presidential ticket and would also address the lingering issue of diversity in an election that will feature three two men with a combined age of 152 years.

Despite the abundance of qualified Black women Biden has to choose from, there was some doubt he would actually pick one. When MSNBC’s Joy Reid raised the topic last month, Biden’s body language suggested that he’s tired of being asked about it. He only would say that there are Black women among the group of people under consideration for the role and bragged about his support among the faithful voting bloc. In addition, a recent analysis in the Washington Post suggested that Biden has already let on that he would not be selecting a Black woman to be his running mate.

Keep reading to find a list of more-than-qualified Black women who would maker strong vice-presidential candidates to run alongside Biden for president.