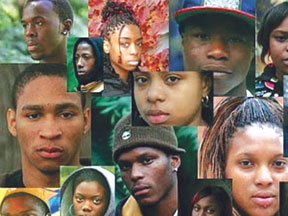 Memorial weekend in Chicago a blood bath in the Black Community

If “Black Lives Matter” in Chicago, why were 69 people, (mostly from the Black community) shot on Memorial Weekend? Who or what is to blame?

This is one of the most violent weekends since last September, but only six were fatal. The police are blaming the large number of shootings on gang violence, drugs, and gun proliferation. Many of the guns are illegal, but many think this is the way an argument or a problem is settled by young people in the Black community.

“By Tuesday morning, the tally of those shot in Chicago this year was around 1,500, ac-cording to data compiled by the Chicago Tribune, with at least 250 killed. By this time last year, 957 had been shot, with 164 killed. So far shootings are up more than 50 percent this year, although the pace of increased violence had slowed from earlier this year, when Chicago was on track to see shooting victims nearly double,” by the Tribune editorial board.

With two of the most powerful Black historical political/social organizations headquartered in Chicago, the Nation of Islam, and PUSH, and numerous chapters of other Black organizations in the city, there should be a plan to stop violence and Black-on-Black crime in the city.

When there are 69 holiday weekend shootings in Chicago, everyone should be petrified and astonished that this took place where Americans live. The mayor, the politicians, the police, his administration, the citizens, churches and community organizations should be developing a comprehensive strategy and plan to make sure this never happens again. No one in the city should feel safe, and the federal government should identify certain neighborhoods as a “state of emergency,” and provide state and federal police assistance.

In the Harrison District, 27 of the 69 people shot last weekend lived in this section of town. In order to change the violent direction of this community, there is need for more community policing and the residents must be more engaged.

Everyone in the city should be talking about solutions, starting with the mayor, his administration, elected officials, and the political and business leaders. Instead of the community and police working together to solve problems, the mayor and police department are being investigated by the Department of Justice for “police misconduct.”

The terminology “police misconduct” can mean many different things, but the former Police Superintendent Garry McCarthy was fired for with-holding a video for a year, of a young Black man shot 16 times by a police officer. Since 1970’s, the Chicago Police Department, the third largest in the country has paid out in settlements $100 million because of police torture cases.

I am sure that the Department of Justice will be investigating excessive police force, and also police corruption. It is obvious that the citizens don’t trust the integrity of the police department, and shootings, murders, and other violent crimes have increased over the last year.

It is very easy to talk about the police working together with different community organizations, but if they are not able to trust each other, nothing gets done. Eddie Johnson, a Black man, has been appointed as the new superintendent of the police force by Mayor Rahm Emanuel.

“In the coming weeks and months, I plan on meeting with and listening to a range of Chicagoans – from activists and elected officials to ministers and parents – to find ways that we can come together to build mutual trust and lasting partnerships that will make our streets safe for everyone,” says Superintendent Johnson.

Is the Black Community Under Siege with President-Elect Trump?

Is the Black Community Under Siege with President-Elect Trump?