It’s been said that character, like a photograph, develops in darkness. It’s during those dark times in life when we see our true character.

For Carla Hill, she’s been developing in the darkness. Hill, who’s a former Miami Dolphins cheerleader has been in the middle of a health crisis for the last decade.

After being diagnosed with breast cancer in 2005, she’s now a two-time breast cancer survivor. She’s also been a kidney transplant recipient. In addition, she’s been dealing with heart issues because of the past chemotherapy she’s undergone. 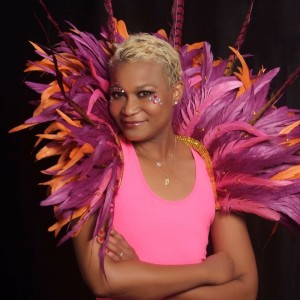 But guess what? She’s still standing strong and just like a photograph, her picture couldn’t be any more complete.

However, even though for most people those grueling trips to the doctor’s office are where they receive some of the worst news of their lives, Hill has never been a person to feel sorry for herself. For example, radiation, and chemotherapy cause their patients to lose their hair. So when Hill had to undertake those treatments she did something different. Rather than having her hair fall out, she took control and shaved her hair herself.

“I never wanted cancer to control me. I wanted to control it. At the time I was known for this long hair that was down to my back. It was a hard decision. But I’d rather be content being bald than not being on Earth at all” said Hill.

It’s that type of attitude which keeps her grounded. It also is one of the reasons why she’s been able to live such a full life in the midst of going through some of the most troubling times during her life.

“Even though life is filled with many challenges, I make a choice every day to do something that I love or that makes me happy. My biggest accomplishment is my perseverance and my ability to keep going no matter the circumstances” said Hill.

What’s shocking about Hill being diagnosed with cancer is that she also had another member of her family stricken with the same illness. A woman that was so important to her life, none other than her beloved mother. Hill had to grow up experiencing the tragic pain of seeing her mother struggle with her illness when she was a senior at Florida State University. 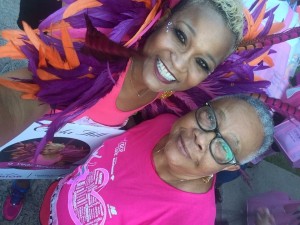 Watching her mother still remain the same helped Hill in her future to never change regardless of the situation.

Family is a huge deal to Hill. Henceforth, as a former cheerleader for the prestigious Miami Dolphins franchise, Hill, and her current family have dedicated themselves to helping the organization.

“My biggest accomplishment is my perseverance and my ability to keep going no matter the circumstance,” said Hill. 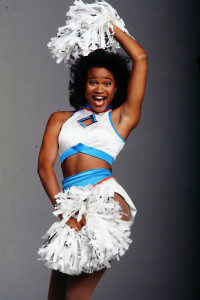 The best news for her is that her efforts are not only inspiring others, but it’s also helping doctors come up with a cure for this deadly disease.

Additionally, it also helps that Hill thinks of herself as a good luck charm for the Dolphins as well.

“The last time they went to the playoffs was when I cheered for them, so maybe I’m a good luck charm,” said Hill.

Next season the Dolphins might need more of Hill’s luck.

Miami, FL – During a special ceremony prior to kickoff of the Miami Dolphins – Jacksonville Jaguars game, on Sunday, December 16th, the Dolphins will induct six former players into the team’s Walk of Fame at […]

Dinner, dancing and comedy—all before dark— with the NBC Links