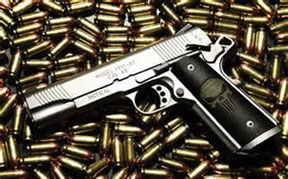 CORRECTION: More than 600 Blacks killed in justifiable homicides since 2008

WASHINGTON, D.C. (NNPA) – Black victims accounted for nearly 60 percent of the justifiable homicides committed with firearms in the United States between 2008 and 2012, according to a new report by the Violence Policy Center.

The Violence Policy Center (VPC), a national group working to eliminate gun deaths and injuries, analyzed data from the Federal Bureau of Investigation and the Bureau of Justice Statistics and found that more than 30 percent of justifiable homicides involving a White shooter had a Black victim, during that time period. Just 6.3 percent of justifiable homicides involving Black shooters had White victims.

More than 90 percent of justifiable homicides committed by Black shooters had Black victims.

The VPC study also showed that contrary to gun industry assertions, firearms are more likely to be used in homicides than in self-defense.

In a statement, Josh Sugarmann, the executive director of VPC said gun industry propaganda and claims by the National Rifle Association that guns are necessary for self-defense have no basis in reality.

Sugarmann added: “Purchasing a gun may help enrich the firearms industry, but the facts show it is unlikely to increase your personal safety. In fact, in a nation of more than 300 million firearms, it is striking how rarely guns are used in self-defense.”

According to the report, there were just 259 justifiable homicides involving private citizens using firearms compared to 8,342 criminal gun homicides in 2012 alone that translates to 97 percent of homicides that were unlawful compared to 3 percent that were justified.

The report also dispelled the claims that guns were used 2.5 million times every year for self-defense in the United States citing a book by David Hemenway, a professor of health policy at the Harvard School of Public Health and director of the Harvard Injury Control Research Center.

“Much discussion about the protective benefits of guns has focused on the incidence of self-defense gun use. Proponents of such putative benefits often claim that 2.5 million Americans use guns in self-defense against criminal attackers each year,” Hemenway wrote.

“This estimate is not plausible and has been nominated as the most outrageous number mentioned in a policy discussion by an elected official.”

The report said that gun deaths exceed 33,000 and more than 81,000 people are wounded each year in the United States. Meanwhile, self-defense using guns remains very rare.

“We hope legislators in every state will stop believing the self-defense myth and look at the facts,” says Julia Wyman, executive director of States United to Prevent Gun Violence. “Guns do not make our families or communities safer.”

Civil Rights advocate and longtime Call and Post Newspaper Associate Publisher and Exec Editor Constance “Connie” Harper died Friday at a Dayton, Ohio hospital where she was on life support after suffering a heart attack […]

Howard University student uses journalism to give back

Noni Marshall plans to produce a daytime talk show after she graduates from Howard University. […]