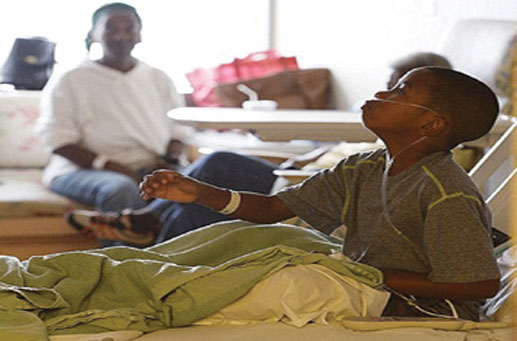 Posted by Christine in Medical News

Health officials are investigating nine cases of muscle weakness or paralysis in Colorado children and whether the culprit might be a virus causing severe respiratory illness across the country.

The Centers for Disease Control and Prevention (CDC) on Friday sent doctors an alert about the polio-like cases and said the germ — enterovirus 68 — was detected in four out of eight of the sick children who had a certain medical test. The status of the ninth case is unclear.

The virus can cause paralysis but other germs can, too. Health officials don’t know whether the virus caused any of the children’s arm and leg weaknesses or whether it’s just a germ they coincidentally picked up.

Some patients will develop a severe cough, have difficulty breathing and/or develop a rash. Enterovirus 68 is sometimes also accompanied by a fever or wheezing. Children across the United States have had to be put on life support because of the virus. Beginning last month, a flood of sick children began to hit hospitals in Kansas City, Missouri, and Chicago — kids with trouble breathing, some needing oxygen or more extreme care such as a breathing machine. Many — but not all — had asthma before the infection.

The virus beings like the common cold and may include sneezing, a runny nose and a cough. This is all that happens for most people who catch an enterovirus, especially adults. Children, especially with asthma, are more susceptible to catching a more severe form of the illness. At the beginning it’s almost impossible to tell the difference between enterovirus 68 and a common cold. If a child develops a rash, a fever, or has difficulty breathing, parents should seek medical attention as soon as possible.

‘That’s why we want more information,’ and for doctors to report similar cases, said the CDC’s Dr. Jane Seward.

The cases occurred within the last two months. All nine children are being treated at Children’s Hospital Colorado in Aurora, and most are from the Denver area. A hospital spokes-woman said the patients’ families didn’t want to talk to the media.

The nine children had fever and respiratory illness about two weeks before developing varying degrees of limb weakness.

None seem to have a weak immune system or other conditions that might predispose them to severe illness, but the cases are still being investigated, Seward said. Investigators don’t think its polio — eight of the nine children are up to date on polio vaccinations.

It’s not known whether the limb weakness or paralysis is temporary or will be long-lasting.

The cases come amid an unusual wave of severe respiratory illness from enterovirus 68. The germ is not new — it was first identified in 1962 and has caused clusters of illness before, including in Georgia and Pennsylvania in 2009 and Arizona in 2010. Because it’s not routinely tested for, it’s possible the bug spread in previous years but was never distinguished from colds caused by other germs.

The CDC has been testing a limited number of specimens from very sick children around the country, and as of Thursday reported 277 people in 40 states and the District of Columbia with enterovirus 68. So far no deaths have been attributed to the virus, but Seward said 15 still are being investigated.

Health officials know enterovirus can cause paralysis. Published reports count at least two U.S. children who were paralyzed and died and were found to have the virus in their spinal fluid. One was a New Hampshire five-year-old who died in 2008. Details are scant on the second case, which happened many years earlier.

Earlier this year, Stanford University researchers said they had identified polio-like illnesses in about 20 California children over about 18 months. Two tested positive for enterovirus 68. CDC officials say it’s still not clear if the virus was a factor in those cases.

Paralysis is a rare complication of enterovirus 68 infection, but with so many more cases of enterovirus being reported this year, it may not be surprising to see that problem, said Dr. Larry Wolk, chief medical officer of the Colorado Department of Public Health and Environment.

The CDC is asking doctors to report patients 21 or younger who developed limb weakness since August 1 and who have had an MRI exam that showed abnormalities in the nerve tissue in the spinal cord.

Seward said a test that showed the germ in a patient’s spinal fluid would be good evidence that the virus was causing paralysis. Unfortunately, lab tests of spinal fluid often fail to identify bugs like enterovirus 68, even if they’re present, she added.