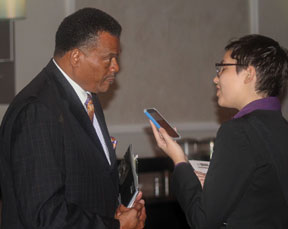 The conference’s forward looking theme, “Strengthening Black-Owned Newspapers Through Training, Innovation and Technology” brought NNPA publishing members and civil rights leaders together ahead of the 190th anniversary of Black Press in America to discuss the changes facing the publishing industry today and how to meet the current and future challenges of growing a publishing business in a digital world.

A key component to this year’s theme: student education. Nearly 200 hundred students from Broward County schools were welcomed by experts in journalism and publishing industries to participate in workshops covering contemporary issues including the role of the Black press in civil rights, social justice issues and change, 21st century communication techniques, and the “Gen-Next” younger generation of family-owned media entrepreneurs. One development discussed included the newly enacted federal law: Every Student Succeeds Act (ESSA) that will impact the education of millions of youth throughout the country.

“When the Greater Fort Lauderdale CVB partnered with the Broward County school system, we wanted an opportunity to use our tourism connections to challenge and inspire students to see what their future could be,” said Albert Tucker, GFLCVB Vice President for Multicultural Business Development. “The workshops, put on by members of the National Newspaper Publishers Association, not only provided an important history lesson for these students, but they also presented them with a blueprint for how they could positively impact their respective communities by getting involved. This conference is model of how tourism can positively impact a destination and we’re particularly proud of our efforts to date.”

This conference’s new student education program was a result of a collaborative effort between the Greater Fort Lauderdale Convention & Visitors Bureau and the Broward County school systems to offer an innovative youth outreach program to expose journalism students to Black media, new curriculum and provide an in-depth understanding and appreciation of the history of the Black press. Workshops highlighted the impact of the Black press on U.S. society historically and in contemporary issues, explored the impact of media on youth and encouraged students to become effective and ethical news producers and enlightened news consumers. 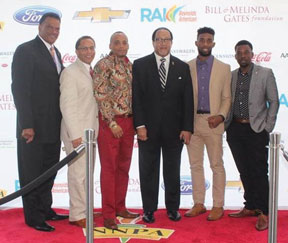 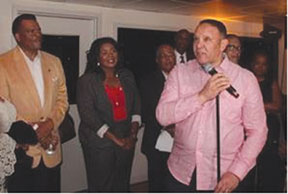 With ‘no more campaigns to run,’ Obama refuses to back down

Obama refuses to back down […]