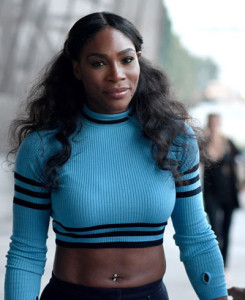 Serena Williams is a forced to be reckoned with, but that’s no secret. The Compton native has 23 Grand Slam titles, 319 weeks at the top, and an endless list of other accolades to her name. Even with all of those achievements, come 2019, the tennis superstar will have another honor to add, and this one is certainly more unique than some of her others on the list.

Williams’ longtime sponsor Nike announced the names of four new structures to be built in its Beaverton, Oregon campus expansion, and one of them will be named after Serena. Nike spoke highly of the superstar in a press release saying, “[Serena’s] record in tennis majors — an unmatched 23 singles titles — solidifies her stature as one of the greatest athletes of all time and one of the most inspiring people in sport.”

Already slated for completion in 2019, the Serena Williams Building is set to be the biggest structure at Nike’s World Headquarters, and will tower at more than 1 million square feet  while covering nearly three city blocks.

Luckily for all of her fans–and unluckily for her opponents–Serena will soon be returning from maternity leave after the birth of daughter Alexis Olympia, attempting another grand slam title to add to her resume.

Serena Williams has quietly been inching closer to making tennis history amid all the drama surrounding Naomi Osaka‘s withdrawal from the French Open. […]