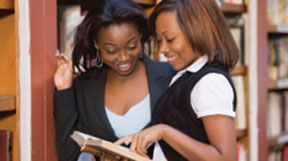 Through the ESSA Media Grant, the NNPA will engage its 211-member Black-owned newspapers in a campaign designed to heighten public awareness of ESS, and to focus on efforts and policies aimed at closing the achievement gaps for students of color and low-income students.    (Stock Photo)

The National Newspaper Publishers Association (NNPA) is pleased to announce it has received a $1.5 million grant from the Bill & Melinda Gates foundation. The funding will support a three-year, multi-media public awareness campaign focused on the unique opportunities and challenges of the recently enacted Every Student Succeeds Act (ESSA).

Under ESSA, states will adhere to more flexible federal regulations that provide for improved elementary and secondary education in the Nation’s public schools. The law also ensures that every child, regardless of race, income, background, or where they live has the opportunity to obtain a high-quality education.

ESSA, which reauthorizes the Elementary and Secondary School Act (ESEA) and replaces No Child Left Behind, received bipartisan support and was signed into law by President Barack Obama on December 10, 2015. The regulations are administered by the U.S. Department of Education and will go into effect on January 30, 2017.

With this grant, NNPA will engage its 211-member Black-owned newspapers in more than 70 markets across the country in a campaign designed to heighten public awareness of ESSA, and to focus on efforts and policies aimed at closing the achievement gaps for students of color and low-income students.

By raising awareness of ESSA policies, NNPA seeks to empower parents to advocate for these policies for their students and communities. In addition, for opinion leaders, this is a tremendous opportunity to support policies and issues that will make a difference in closing the achievement gap.

The NNPA, headquartered in Washington, DC, is a trade association of the largest and most influential Black-owned media organizations in the United States.

Dr. Benjamin F. Chavis, Jr., NNPA President, said the organization, and its members, is uniquely positioned to inform and advocate for the effective implementation of ESSA, which he categorized as the most significant civil rights and education law today. “NNPA will be in the forefront of informing our readers of efforts to drive support for high standards, assessments, accountability, and equity in education and to ensure that we close the achievement gap. Despite the name change, no child should be left behind due to an inequitable education system,” Chavis said.

NNPA Chairman Denise Rolark Barnes said she is “proud that NNPA will be counted on to get the word out about ESSA to our 20 million newspaper readers and those who Follow and Like us on social media.”

“We look forward to inciting interest and action around ESSA and making it a household name throughout the community,” Rolark Barnes said.

“With this bill, we reaffirm that fundamentally American ideal—that every child, regardless of race, income, background, the zip code where they live, deserves the chance to make of their lives what they will,” President Barack Obama said when he signed the bill into law last December.

Senator Patty Murray (D-WA), Ranking Member of the Senate Health, Education, Labor, and Pensions (HELP) Committee, and Congressman Bobby Scott (D-VA), ranking member of the House Committee on Education and the Workforce, issued the following statement when the final regulations were released in November: “Passing ESSA was a critical step in our work to make sure all children have access to a high-quality public education, no matter where they live, how they learn, or how much money their parents make. ”

In describing the Queens, New York City-born artist in the biography pages of his new book, “Chuck D Presents This Day in Rap and Hip-Hop History,” the publisher notes that Chuck D helped paved the way for political, social, and culturally conscious hip-hop, both as a solo artist and as the leader of the ground-breaking group, Public Enemy. […]