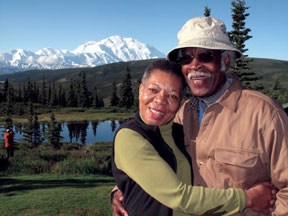 On the banks of the Estero River just below Fort Myers in Southwest Florida lies the perfectly preserved remnants of a community that believed we live inside the Earth. Comprised mostly of doctors, attorneys, artists and musicians, the Koreshans moved from all over the country in 1894 to build this  “New Jerusalem” where they practiced the Golden Rule (do unto others as you would have them do unto you; treat your brother as yourself) including racial and gender equality.

They held concerts on the banks of the river, built a power plant, printery and other industries that supplied the surrounding community, and allowed their neighbor Thomas Edison to use their workshop and tools he didn’t have at home.

Despite their conviction that the Earth is concave and all the planets and stars and galaxies are inside it, the Koreshans may have thrived to this day if it were not for one fatal flaw: They believed that their leaders should remain celibate. With no means of reproduction, the last Koreshan died in 1982. Thankfully, Hedwig Michel succeeded in getting 300 acres of the community’s property protected in what is now Koreshan State Historic Site.

It has been years since I visited this park but it is uppermost in my mind as I have to deal with this thought: President Obama is in Alaska today returning the Native Identity to Mount Denali, the highest mountain on our continent into whose face I have gazed lovingly for days. Simultaneously he is paving the way for the greatest man-made ecological disaster that could take place in that state. Last month the President gave the go-ahead for Shell Oil to drill in the Arctic, erasing a line in the sand that we have been helping fight to maintain for the past two decades. To put it in perspective, the Arctic was off limits to new large scale oil drilling even under George W. Bush, so for it to go down under our environmental President is the greatest conundrum I have ever experienced.

I consider this to be the President’s fatal flaw, and a huge negative in his legacy. Unlike the Koreshans whose blind side only wiped out their small community, the President’s blunder could have an impact on the entire world. The Deep Horizon “accident” that nearly destroyed the Gulf in 2010 is a small indicator of what could happen in an industry that can never be accident proofed.  There’s no telling the consequences of an “accident” in one of the most remote and unreachable places on Earth. Even the process of extracting the  oil will accelerate the climate warming that is causing glaciers to have water permanently running through them while forest fires eat up rainforests on our West Coast.

I am completely nonplussed by the President’s explanation of his decision, which is basically, “We have to have many different sources of energy.” The President’s focus on increasing the number of national parks and including places that have non-white history; his recently-releases Climate Action Plan to deal with climate change and his efforts to lead the world to a sustainable future are chopped off at the knees by this Shell decision. How can he persuade other countries to pull back from the brink after he’s made such a repugnant decision?

Drilling in the Arctic is like raiding your child’s college fund to support your cocaine habit. I know our President cares for the grandchildren he expects to have a long way down the road. Last Earth Day in Everglades National Park I shook his hand and listened to him speak with great passion about the world he wants to leave them. I believe him to be a brilliant, rational man of conscience. Everything that he has said up to now about climate change goes against this decision. So it begs the question, WHAT is causing him to say yes? We need to find that out before it becomes a Fatal Flaw for all of us. Greenpeace and Sierra Club are leading the charge against this. Learn more about it and add your support. Every American has a stake in this.

(Audrey Peterman is an environmentalist, author and speaker living in Fort Lauderdale.)

Can President Obama cement his Asian policy legacy this week?

Can President Obama cement his Asian policy legacy this week?
[…]