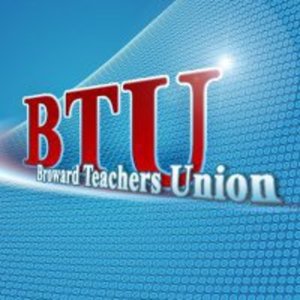 Dade, Broward, Palm Beach Educators Join Forces for Children and Communities MIAMI–Leaders of the United Teachers of Dade (UTD), the Broward Teachers Union (BTU), and the Palm Beach Classroom Teachers Association (CTA) will hold a news conference at 11 a.m. Wednesday, September 12, 2012, to discuss plans to combine forces on issues of vital concern to the students and the communities they serve. UTD President Karen Aronowitz, BTU Administrator John Tarka, and CTA President Debra Wilhelm will be joined by parents, teachers, and community allies for the news conference, which will take place at Sant La Haitian Community Center, 5000 Biscayne Blvd., Suite 110, Miami, Florida.“Together we form a powerful collective voice for public education that needs to be heard throughout South Florida, in Tallahassee, and in Washington, D.C.,” Aronowitz said. “When we speak as one, we enhance our influence on behalf of the children and families we serve.”Added Wilhelm: “Our members work on the front lines of education. They know what children and schools need to succeed. And our members vote.”The three locals, which together have more than 40,000 members, plan to work together and coordinate efforts to reelect President Barack Obama, U.S. Sen. Bill Nelson, and other candidates who support public education and working families. They will also work to educate the electorate about Amendment 8, which is a proposed constitutional amendment that would drain badly needed resources to public schools.The unions have scheduled a telephone town hall event September 24, 2012, to mobilize members around issues affecting children and working families.“The fact that we represent educators in the fourth-, sixth-, and 13th-largest school districts in the nation is significant,” Tarka said. “Together, Dade, Broward, and Palm Beach educators are a powerful voice. We intend to use that power, in this fall’s election and beyond.”The union leaders will also detail projects their locals are launching to help children and schools, including programs such as First Book, which gives students brand-new reading books of their own, and Share My Lesson, which gives educators and parents access to free online lesson plans.WHO: United Teachers of Dade, the Broward Teachers Union, Palm Beach County Classroom Teachers AssociationWHAT: News conference to detail plans to work together on issues benefitting children and the community.WHEN: Wednesday, September 12, 2012, at 11 a.m.WHERE: Sant La Haitian Community Center, 5000 Biscayne Blvd., Suite 110, Miami, Florida   Contacts: Dia Falco, United Dade Teachers 305/338-2156   Scott Stephens, Broward Teachers Union 216/256-1960

The United Way of Broward County, Broward Youth Coalition and Fort Lauderdale nonprofit ihustle4change recognized four local outstanding youth for their dedication, contributions and being the driving force to initiate positive change in their schools and their community. Ihustle4change president Daniel Pessin presented each winner with an iPad 5 and framed certificate. […]

The moment is finally here

The moment is finally here – the first day of public school in Broward and Palm Beach counties. If you forgot, unlikely, the hundreds of yellow school buses clogging the roadways will be a good […]