Ready for a sequel? I have to admit, my buddy Don Valentine hit a home run with his inspiration for this forum. Not only is it a worthwhile exercise for the contributors, in terms of honestly analyzing their thoughts and feelings, but the reader response has been off the charts!

Does everyone still remember Rodney King, victim of police brutality 27 years ago in Los Angeles? His simple but heart-breaking plea, “Can’t we all just get along?” is what we strive for here. As a nation we still haven’t achieved it, but our Race Forum is proving to be a promising tool for understanding and acceptance.

This series will be ongoing as long as there is interest and Round Three is already in the works, but with a twist you won’t want to miss! As always, your thoughts and/or suggestions are welcomed.

Please email your feedback to brhsr@thewestsidegazette.com 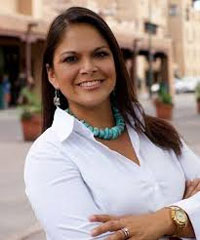 Discussing race relations and the plight that many minorities face tends to be a topic that many do not want to grapple with head on. Psychologists urge us to not repress our painful memories, but rather to confront them by coming to terms with the truth, thus allowing the healing process to progress. What we need is group therapy in the form of open dialogue in order for people from all sides to have an honest discussion in a concerted effort to break down stereotypes, injustices, fears, and barriers.

That is my goal!  It led me to participate in this forum and I truly hope that by mutual conversation we can grow as a community.  I believe that no one grows up with hate innately planted in their heart.  Most people are good, loving people.  Dialogue about our differences will educate us about each other. Then we will continue on the path to Peace!

That goes for Blacks and Whites, Jew and Gentiles, Kurds and Shiites alike. The Lord intended for us to live in unity and love. There is no reason we can’t achieve that goal. That is why we are not born with hate in our heart. 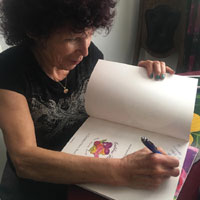 I walk the Earth in the disguise of what’s been described as a petite white woman. This has afforded me the opportunity to hear what some other white people say, think, do.  It’s been amazing to me to find so many people of this hue antagonistic to folks of black, brown, beige, golden hue.  The level of denial can be staggering.

What I, as a young girl,  found fascinating and interesting, some others found scary.  Why?  From years back, some white people were conditioned to see themselves as the template for what’s human and good. What does that make anyone else?  Hmmm.

Did it matter whether these white populations were Christian, Jewish, Buddhist?  Sometimes. Was there bigotry here?  Yes, indeed. White people are not the arbiter of anything other than what any of them may feel, whether enlightened or stunted.  The same is true of my Black-brown-beige family and friends.  Do most people of any background truly probe their thoughts, attitudes, beliefs, genetic karmic patterning? Do most people want to tune into what’s actually going on inside them?

Are we different?  Yes. No.  GREAT!  Let’s learn from one another. 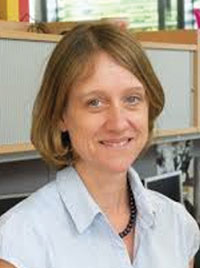 I was raised in Detroit; I saw racial discrimination every day.

It seemed natural to feel empathy with those who were treated badly because of their skin color. In my opinion, the internet is exposing, in real time, things White people can’t bring themselves to believe. Why would anybody do something bad to a Black person just because they are Black? Surely there must be another reason. Or perhaps the Black person is making it up?

I invite White people to genuinely consider that racial discrimination is undeniable even though they are not comfortable accepting that it is indeed our reality. I know I am suggesting a less attractive view of reality than some are comfortable with, but it’s time to take off the rose colored glasses. It’s time to be intellectually honest and question everything, including ideas held sacred for too long.

I know we are desperate to believe it is not our fault, but it is not about fault – it is about resolving problems that exist for people we don’t even know. I didn’t do anything bad to any-body. My ancestors may or may not have done something bad to anybody. The bottom line is that I need to live in world where Black Lives Matter as much as my life matters. 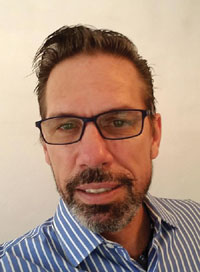 Whites are reluctant to discuss their views of Blacks because we think we will be called racist if we say any-thing critical. As we all strive to do better, a valuable viewpoint reveals the good and the bad. It’s tough for lots of people to listen to well-intentioned feedback (good or bad). And be-cause it’s whites who have oppressed Blacks for so long, this conversation is even more fragile.

Black culture in America is very rich. Family and community ties are strong. There is probably a stronger bond between Blacks than whites. Blacks are relaxed and overall good natured… lots of laughs. I have developed an affinity for Black culture.

Most of the critical characteristics (statistics) of Blacks, beyond basic human flaws, have been directly caused by white oppression. Whites should be far more apathetic to the Black plight.

I also believe Blacks find it easier to focus on white oppression, while today’s problems just might be as profoundly influenced by Black culture itself. Blaming others and being right is a big part of our human nature. We must all look within for real change as we know it is very difficult to change another person. 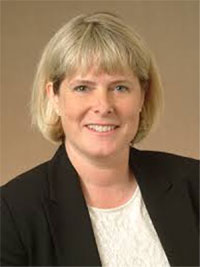 There is a one-word answer to the above question:  fear !

Our culture encourages us to see the differences between our-selves rather than looking for the similarities.  Call it the “us-them” syndrome.  Skin color is an obvious, although surface, difference and it takes a little more work to look underneath that to the kinship we share.

The secondary answer to the question is guilt!

There is much guilt and therefore defensiveness in some whites, causing an inability/refusal to go deep enough inside ourselves to confront our racism, as if getting to and admitting the truth is impossible.  We don’t seem to understand that doing that work will make us feel better once it’s done.

If white people can open our hearts, accept our racism as a reality and become willing to admit to it with the intention of changing our views, I believe we can come to dialogue openly.  We can then learn that we’re all basically human beings trying to survive and prosper, and let the fear go. 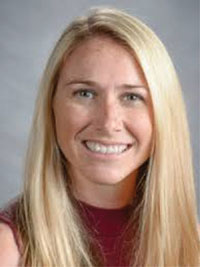 With seven billion people – so many “tribes” – I think it’s amazing we get along at all!  As to how we can work to fix the divides we have today, I’m not sure. Seen in a larger context than racial divides, I think so many people simply have no interest in walking in another’s shoes and trying to just get along.  They would rather be “right,” especially now in this overtly contentious social and political climate.  Those who don’t want to grant decency and equality to others must see some value in maintaining a strict identity as a group.  Those in power are afraid of a subjugated people who become free and rise to equal status.  They’re fighting tooth and nail to hold on to their old ways.

I had hoped the “old guard” dying off would be heralding a new era of peace and harmony.  I’m not all that hopeful anymore though, so the best I can do is do what I do on an individual level.  I am always ready to talk!  And at least these days I see a whole lot of portrayals of multicultural, inclusive harmony that children hopefully will soak up like the sponges they are.  Unless their parents tell them all of that is a conspiracy against them. 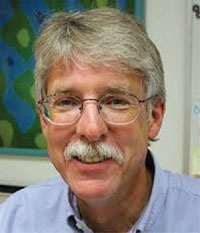 As far as the idea of the existence of past racism in the United States— of course, I agree that is true.  Slavery was one of the worst evils perpetrated by human beings.  The question now is: we have people living now who have not committed those sins.  Do we punish them for the sins of their fathers?   I don’t think it is appropriate to teach children that somebody owing you something is a general rule.  And if you build a system based upon you having to rectify mistakes made by your grandfather, we’re never going to get beyond this.

The idea, however, that America as a

whole owns your failure when you can’t point to specific problems, does not wash with me. It’s a waste of time and energy blaming your failures on “the system” unless you’ve got some evidence. But, unfortunately, there’s been this notion that America is bad, and the reason that you fail is because America has historically been very bad. The insidious belief that America is ‘bad’ in that it targets you and that you are constantly being victimized is just plain wrong.  Unfortunately we have a entire hierarchy that’s been built by the Left to tell you whether your views are legitimate or not; the more victimized you are the more legitimate your views are.  It’s just plain sad! 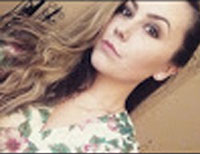 If one party has already decided that everything another party has to say is out of line or incorrect, the conversation fails before it begins. Many Black people believe that White people cannot possibly have the experiential knowledge required to form an insightful opinion on racial matters.

While White privilege insures that this is partly true, Black people and White people can’t have meaningful conversations if half of the input is entirely dismissed. I find that this is often the issue that deters many White people from discussing race relations with Black people. I can’t speak for all White people, but that is what I have observed most commonly. Moreover, I often find that White people are afraid of being accidentally offensive. As others have mentioned in this forum, many White people don’t experience many cultures apart from their own and therefore may be ignorant to the experiences of others. When discussing racial issues, they are often uncomfortable because they feel their words are under heavy scrutiny. When faced with the decision between a possibly detrimental conversation in which the problem arises not out of disagreement but out of miscommunication and simply remaining quiet, far too many choose the path of least resistance.

There Are 64,000 Missing Black Women and Girls in the United States and No One Seems to Care

Over the years, a disturbingly disproportionate number of Black women and girls across the United States have gone missing. What’s even more alarming is that the media coverag e and legislation that missing Black girls are getting seems to be lacking compared to missing white girls. […]