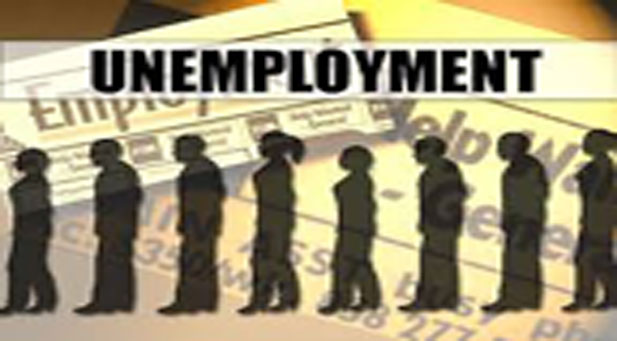 WASHINGTON, D.C.  (NNPA) – With no federal unemployment insurance and rapidly disappearing state coverage, the percentage of people benefiting from unemployment insurance is at its lowest level in more than three decades, according to the Economic Policy Institute (EPI), a Washington, D.C.-based think tank focused on low- and middle-income families.

State lawmakers continue to slash jobless benefits, enacting policies that make it harder for the programs to work effectively. The policies have a disproportionate impact on unemployed Blacks who often face greater challenges than whites, as they struggle to stay connected to the labor market and make ends meet while they search for jobs.

“Many critics of UI programs wrongly assume that the lion’s share of jobless workers get benefits,” stated the report. “This is plainly wrong over the history of UI and especially in the more restrictive states. The U.S. short-term recipiency rate was 34.7 percent in 2014, meaning that over 65 percent of short-term jobless workers did not get state UI benefits.”

The report continued: “Some of the difference may be due to workers’ choices or preferences, but some may reflect discrimination in hiring and the re-ported reasons for separation from those jobs, both of which can affect eligibility.”

Even though unemployment rates are higher for Blacks than whites, Blacks are less likely to receive unemployment benefits even when compared to workers with similar characteristics.

In a press release about the report, Rick McHugh, an attorney and policy advocate who works on UI issues, said that a smaller percentage of jobless workers is receiving unemployment benefits than ever before.

“Because there were no federal benefit extensions in 2014, workers who exhausted state benefits had less protection from the harm caused by unemployment than any similar co-hort of jobless workers since the late 1950s—when Congress first began benefit extensions,” said McHugh.

And according to a 2012 re-port by the Urban Institute, an independent public policy and research group, “Black unemployed workers have the lowest receipt of unemployment insurance, 23.8 percent compared to whites’ 33.2 percent.”

Since 2011, the states that cut how long workers could receive unemployment benefits were primarily in the South where most Blacks live. Excluding Oklahoma, Arizona and South Dakota, seven out of 10 states with the lowest short-term UI recipiency rates in 2014 have higher percentages of Black residents than the national average.

“In 21 states, 70 percent or more of short-term jobless workers did not get UI benefits in 2014,” stated the EPI report.

The highest short-term UI recipiency rate in the country was 65.7 percent in New Jersey (14.7 percent Black) and the lowest was South Carolina at 14.8 percent.

When lawmakers in North Carolina (22 percent Black) cut the duration for UI and the dollar amount for weekly benefits, “recipiency rate fell by 16.3 percentage points, 8.6 times more than the overall national decline, since the cuts went into effect,” the report said.

Researchers suggested that throwing more federal money at states that want to keep UI programs “as small and stingy as possible” won’t fix the problem. They said that UI advocates should focus on setting federal standards for benefits and financing.

“The point of unemployment insurance is to help workers who are out of work through no fault of their own, and give them a chance to support themselves and their families while they look for another job.” said Will Kimball, a research assistant at EPI, that specializes in wages, labor markets, macroeconomics, international trade, and health insurance. “When states cut the generosity and length that benefits were available, they failed the workers who need help the most.”

Earlier this month the Labor Department reported that the Black unemployment rate increased from 10.3 percent in January to 10.4 percent in February and the labor force participation rate, the share of workers that are employed or looking for jobs, also increased from 61 percent to 61.2 percent over the same period.

But for those lucky enough to have jobs, wages largely remain stagnant.

In a blog post on wage growth, Elise Gould, a senior economist and director of health policy research at EPI, said that, because corporate profits are near all-time highs, employers can pay their workers more without having to raise prices.

“They might even find that workers who are paid more have more company loyalty, leading to better recruitment and retention, and higher productivity,” wrote Gould. “It’s a reminder that the path we’ve chosen – one where economic gains are disproportionately enjoyed by those at the top – is a choice.”

Gould said that increases in the minimum wage across the country (18 states in 2014) show that the right policies can help turn things around.

“And this change made a difference: while real hourly wages fell or stagnated across the board last month, low wage workers actually saw a modest wage increase,” said Gould.

That modest increase is good for Black workers who disproportionately earn low wages.

“We’re still far enough away from full employment that additional fiscal stimulus would pay big dividends. This is unfortunately not on the table, politically speaking, though economically it would be relatively easy,” said Gould. “But it’s important that policymakers – particularly those at the Federal Reserve – not put the brakes on the recovery prematurely.”

Disproportionately, young African male college students and others are being summarily expelled from college based solely on mere allegations of sexual misconduct violations of Title IX rules without any due process of law or findings of fact. College administrators are arbitrarily determining that these targeted students are guilty and expendable until their innocence is proven. […]

There is an old adage which goes,” the proof is in the pudding.” And based upon the improvements across the board, in academic achievement at Sunland Park Academy in Fort Lauderdale, the pudding has all the right ingredients for success. […]