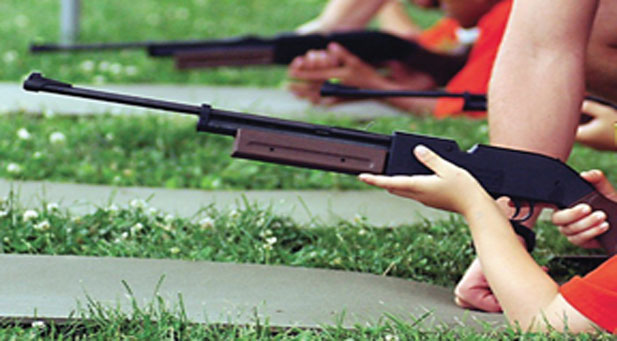 A 12-year-old boy was killed after an officer responded to a 911 call concerning a juvenile aiming a “possible” toy gun at people inside a playground. Did police dispatchers fail to inform the responding officers about the caller’s doubts?

A 12-year-old boy died this weekend after a Cleveland police officer shot him in the stomach on Saturday. Responding to a 911 call concerning a possible juvenile aiming a probably fake gun at people, a first-year rookie and a 10-year department veteran arrived at the playground and shot the 12-year-old. The officers later realized the boy had been playing with a toy BB gun.

While visiting his friends in the playground area outside Cuddell Recreation Center around 3:30 p.m., on Saturday, 12-year-old Tamir Rice acquired an airsoft pistol with the orange safety indicator removed. As Tamir sat on the swings, he pulled the toy gun out of his waistband, pretending to shoot people. A Cleveland resident called 911 to report “a guy with a gun pointing it at people.”

“I don’t know if it’s real or not,” the caller admitted.

Police officials released an audio recording of the 911 call in which the caller stated twice that the gun was “probably fake” and told the dispatcher that the person with the gun was “probably a juvenile.” According to Cleveland Police Patrolmen’s Association president Jeff Follmer, police dispatchers failed to inform the responding officers of the caller’s doubts. Instead of confronting a crazed gunman, the officers were responding to a child playing with an airsoft pistol.

According to Follmer, the rookie officer witnessed Tamir picking up the BB gun at a park bench and placing it inside his waistband. After ordering the child to put his hands in the air, the rookie claims Tamir reached for the toy gun instead. The rookie fired two shots hitting Tamir at least once in the abdomen.

In critical condition, Tamir was transported to MetroHealth Medical Center and underwent surgery. He passed away early Sunday morning. According to police officials, the officer was transported to Fairview Hospital to receive treatment for an ankle injury.

Deputy Chief Edward Tomba with Cleveland Police admitted the child did not make any verbal threats towards police and there had been no confrontation. Tamir did not even point the toy gun at officers.

“Why not taze him?” asked Tamir’s father, Gregory Henderson. “You shot him twice, not once, and at the end of the day you all don’t shoot for the legs, you shoot for the upper body.”

“We’re not trained to shoot people in the leg,” Follmer responded. “If we pull that trigger, we feel our lives are in danger.”

Investigating the shooting, the Cleveland police department’s Use of Deadly Force Investigation Team has pulled security footage from the recreation center.

The county’s prosecutor’s office and Timothy Kucharski, an attorney for Tamir’s family, have launched separate investigations into the incident. After reviewing the evidence, a grand jury will decide whether the shooting was justified.

Both officers have been placed on paid administrative leave.

The Justice Department has been investigating the Cleveland Police Department since a vehicular pursuit in 2012 resulted in officers firing 137 shots and killing two people. On Nov. 29, 2012, Cleveland police officers shot the car’s driver Timothy Russell 23 times and his passenger Malissa Williams 24 times. Russell and Williams had been unarmed, and their families will split a $3 million settlement from the city of Cleveland. Six police officers involved in the chase were indicted by a grand jury.

On August 5, Beavercreek police officer Sean Williams and Sgt. David Darkow gunned down John Crawford III inside an Ohio Walmart after a customer named Ronald Ritchie called 911 falsely claiming that Crawford was aiming a rifle at other customers. Video surveillance revealed Crawford was holding a BB gun that he had found inside the store and was not aiming it at anyone. In their official statements, Williams and Darkow falsely claimed that Crawford had ignored their orders to drop the gun and turned toward them in an aggressive manner. Video surveillance does not support their claims.