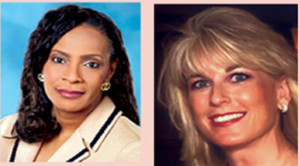 On Nov. 17, 2015, The School Board of Broward County, Florida, elected Dr. Rosalind Osgood as Chair and Abby M. Freedman as Vice Chair for the 2015/16 school year. The election took place during the School Board’s Annual Organization Meeting.

Osgood earned both a Master’s and Doctoral degree in Public Administration from Nova Southeastern University. She also earned a Master’s of Divinity degree from New Orleans Southern Baptist Theological Seminary.

Abby M. Freedman, a resident of Parkland, was elected in 2012 to represent District 4. She received a Bachelor of Science degree in Business Administration from the University of Florida and earned a Juris Doctorate from Stetson University College of Law. Freedman is married to Dr. Alan Freedman and is the mother of three children: Beau, Jarrod and Harrison.

To learn more about The School Board of Broward County, Florida, visit browardschools.com/schoolboard.