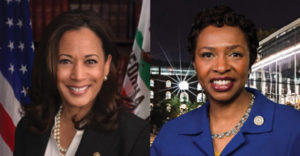 Companion legislation will also be introduced today in the House of Representatives by Rep. Yvette Clarke (D-NY).

“For the first time in history, there are more than 20 Black women serving in the United State Congress—and we all stand on the shoulders of Shirley Chisholm,” said Senator Harris. “Shirley’s legacy inspires us to continue our fight to give a voice to the voiceless and pursue justice and equality for every American. Her legacy deserves to stand tall in the United States Capitol.”

“Shirley Chisholm used the authority of her experience to create nutrition assistance programs, expand health care services for parents and children, increase the minimum wage, support the veterans of our Armed Forces, and provide opportunities for women in college, graduate school, and collegiate and professional sports with the enactment of Title IX,” said Congresswoman Clarke. “For this and countless other reasons, Congress should honor Chisholm’s life and living legacy and her contribution to advancing civil and human rights by among other defining figures in our nation’s history.”