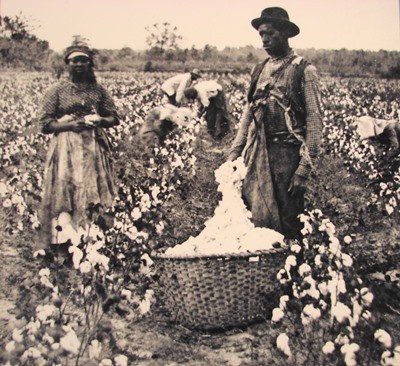 It is no secret that slavery rests at the foundation of American capitalism and is often synonymous with the sugar, tobacco, and/or cotton plantations that fueled the Southern economy.  What many may not know is that slavery also rests at the foundation of many notable corporations.  From New York Life to Bank of America, several companies have benefitted from slavery.  Many of the companies even acknowledged their involvement in slavery and offered apologies in an attempt to reconcile their tainted history but, is an apology enough?

Apologies cannot compensate an entire race of people for all of the social and economic ills they face as a result of their enslavement. They cannot address the residual effects of slavery.  They cannot provide job opportunities to a race of people who are experiencing high unemployment rates.  Apologies without action from the very systems they helped to create.  Had it not been for slave labor, many corporations would not be where they are today and for these companies to acknowledge their involvement in slavery and then simply say ‘Oh, I’m sorry”, is to downplay their role in perpetuating the degradation are nothing more than a futile attempt to correct a wrong by pacifying the wronged.  Instead of apologies, these companies could give back to the African American community by donating to HBCUs, investing in minority businesses, offering more minority scholarships, or launching initiatives to increase their number of minority employees.  These companies include:

Tiffany and Co. was originally financed with profits from a Connecticut cotton mill. The mill operated from cotton picked by slaves.

Aetna insured the lives of slaves during the 1850’s and reimbursed slave owners when their slaves died.

The suit retailer started their company in the 1800s by selling clothes for slaves to slave traders.

Bank of America found that two of its predecessor banks (Boatman Savings Institution and Southern Bank of St. Louis) had ties to slavery and another predecessor (Bank of Metropolis) accepted slaves as collateral on loans.

U.S.A. Today reported that its parent company (E.W. Scripps and Gannett) was linked to the slave trade.

Two institutions that became part of Wachovia (Georgia Railroad and Banking Company and the Bank of Charleston) owned or accepted slaves as collateral on mortgaged property or loans.

JPMorgan Chase reported that between 1831 and 1865, two of its predecessor banks (Citizens Bank and Canal Bank in Louisiana) accepted approximately 13,000 slaves as loan collateral and seized approximately 1,250 slaves when plantation owners defaulted on their loans.