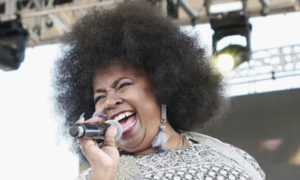 Soul singer Betty Wright has died from cancer, according to reports from multiple media outlets.

Wright was born in Miami in 1953 and started singing gospel at the age of two, with her siblings in the group Echoes of Joy. When they broke up, Wright was only 11. After switching to R&B she was signed aged 12. Her first hit was Girls Can’t Do What the Guys Do – the track later sampled by Beyoncé – which reached No33 in the US in 1968. 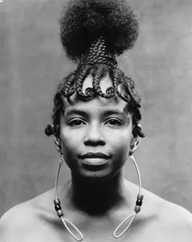 Wright was celebrated not only for her characterful songs but also her voice, which could reach the kind of piercing, ultra-high register the likes of Mariah Carey would later adopt.

Wright released solo music throughout her life and collaborated with the hip-hop stars she influenced. Her 2011 album Betty Wright: the Movie was made with hip-hop group the Roots, while her most recent album, 2014’s Living … Love … Lies … featured rapper Rick Ross and rap producer DJ Khaled. She appeared alongside rappers Kendrick Lamar and Big Sean on a 2016 DJ Khaled track, Holy Key.

DJ Khaled was among those to pay tribute on Sunday, writing on Instagram: “You one of my realest friends! You are like a mom to me! You had my back from the very beginning! … Betty Wright is legendary!”

Lil Wayne said: “You showed me how to believe in myself when others doubt. How to be me even when it may not be the me that they want.”

Beyoncé’s Destiny’s Child bandmate Kelly Rowland said: “Rest in peace to the woman who gave us ultimate soul, and meant every word when she sang.”

Wright’s family confirmed the death to Essence. She was 66 and died from cancer at her home in Miami, Billboard reported.

Wright had been diagnosed with endometrial cancer in the fall, Steve Greenberg, president of S-Curve Records, told The New York Times.

On May 2, singer Chaka Kahn tweeted that her friend Wright needed prayers. “My beloved sister, Betty Wright, is now in need of all your prays,” the tweet said. “In Jesus’ Name We Pray for Sister Betty.”

Calling all my #PrayWarriors | My beloved sister, Betty Wright @MsBettyWright, is now in need of all your prays.  “Que Sera, Sera | Whatever Will Be, Will Be”

Wright was known for her song “Clean Up Woman,” which became a top five hit, according to the biography posted on her verified Facebook page.

She began singing gospel in a family group, the Echoes of Joy, and released her first album in 1968 at the age of 14 singing “Girls Can’t Do What Guys Can Do.”

After the dissolution of her previous label she created her own in 1985, Ms. B Records. She made history three years later when she became the first woman to have a gold record on her own label, her biography said.

Her music would be re-mixed and reworked to become a part of many modern songs such as Mary J. Blige’s “Real Love,” Sublime’s “Get Out!” and Afrika Bambaataa’s “Zulu War Chant.”

Tributes to the fallen songstress were widespread Sunday with many recalling her gifts for both singing and teaching.

Greenberg had worked with Wright on projects and said she was a great inspiration to upcoming performers. “She was an in-credible writer, producer and mentor to young artists,” Greenberg told The New York Times.

Skip Marley tweeted photos of Wright with his late father and with himself saying in part, “Rest in power to a legend, Betty Wright. Our beloved aunty, mentor and vcal coach.”

Rest in power to a legend, Betty Wright. Our beloved aunty, mentor, and vocal coach She stood by me every step of the way. Taught us so much. She will be missed.

Musician Sheila E. tweeted “She was an incredible woman. You will be missed queen.”

Singer Ledisi shared a photo of Wright in her younger days on twitter, thanking her for “being a master teacher, a friend and one of the greatest female soul singers” in the industry.

“And now, we’ve lost Betty Wright. This hits especially close to home, as she’s a music legend that hails from Miami, and the mom of my classmates. What a weekend of loss for the industry. I’m so sorry, and so sad. May the Lord rest her soul.” —-Te’ja Veal, bass player for Jenelle Mona’e

Betty Wright, the R&B and soul singer behind the hits “Clean Up Woman,” “Tonight Is the Night” and “Girls Can’t Do What the Guys Do,” has died at the age of 66.

Betty Wright a Reincarnation of our Grandmother?

Betty Wright a Reincarnation of our Grandmother? […]