Stacey Dash is not holding back when it comes to her feelings toward “segregated” film and television.

On Wednesday, the actress and Fox correspondent got candid during a conversation on Fox & Friends, slamming the Oscar boycott – headlined byJada Pinkett Smith.

“I think it’s ludicrous,” Dash, 49, said about the response to the Oscar nominations. “We have to make up our minds. Either we want to have segregation or integration. If we don’t want segregation, then we need to get rid of channels like BET and the BET Awards and the [NAACP] Image Awards, where you’re only awarded it you’re black.

“If it were the other way around, we would be up in arms, it’s a double standard,” she added before saying “there shouldn’t be a black history month. We’re Americans. Period.”

Hours later, BET took to Twitter, calling out Dash for her opinion. 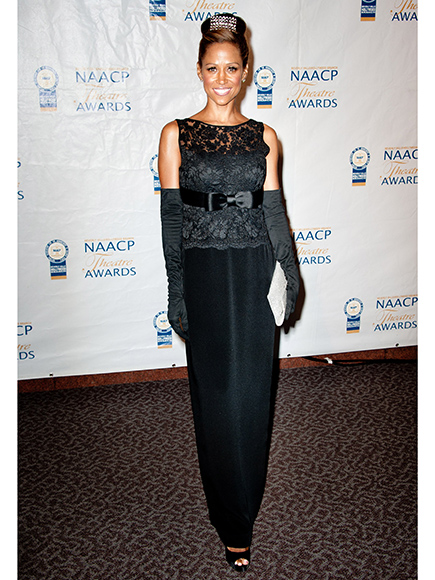 “Every Time Stacey Dash Proved She Was Clueless,” the network tweeted, referencing the Clueless star’s comments on gender inequality, Paula Deen and government assistance programs in a slideshow.

Just an hour before that tweet, BET posted a still of Dash on The Game – which originally aired on the CW before moving over to BET at the start of the fourth season.

“Soooooo @RealStaceyDash can we get our check back… or nah? #Remember #YouWereOnTheGame #AndWeDontMeanTheRapper,” BET wrote.

Although she called for the end of “segregated” awards shows, Dash did attend the 21st Annual NAACP Theatre Awards in 2011.

While Dash received some backlash for her comments, she did get support from republican presidential hopeful Donald Trump.

In a separate segment of Fox & Friends, Trump referenced Dash’s point ofview when he was asked his opinion on the Oscar’s boycott.

“I think it’s a tough situation. I saw somebody on your show today say, ‘What do we do with BET, Black Entertainment, right?” the business mogul said. “The whites don’t get any nominations. And I thought it was an amazing interview, actually. I’ve never even though of it from that standpoint.

“With all of that being said, it would certainly be nice if everybody could be represented properly. Hopefully that’s the case, but perhaps it’s not the case. It’s a difficult situation.”

Although the BET Awards primarily award black artists, both Sam Smith and Robin Thicke have been nominated in past years. In 2015, Smith took home the award for best new artist.

Dash has not responded to BET’s comments.

Florida lawmakers have started moving forward with a proposal to revamp rules for the payday-loan industry, allowing customers to borrow larger amounts of money over longer periods of time. […]