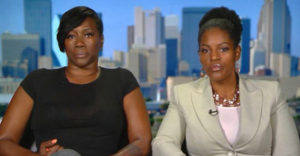 Voting is the glue holding democracy together. However, the suppression of the vote only weakens democracy. Republicans make political prisoners of Crystal Mason, whereas they champion their own Republicans even when they commit voter fraud.

In my latest “My Voice My Opinion” of Oct. 7 as viewed on WFAA 8, I spoke out against the Republican-inspired plan of voter suppression. This voter suppression seeks to limit the effect of Black voter turnout.

In Tarrant County, this has resulted in the federal imprisonment of Crystal Mason for voting a provisional ballot. The provisional ballot did not count; however, the Republican Party selected her as their poster child to solidify their base. Crystal voted while under court-ordered supervision, for this she was sentenced to ten months in federal prison, with a possibility of an additional five years in state prison.

The Republican Party has made it their cause to malign Democrats and their supporters by stating most voter fraud is committed by Democrats. The President of the United States has played this Trump card as well, by invoking a campaign to drive down the votes of young, Black, and female voters. To this end, Crystal Mason has become the political pin-up of Republican opportunism for voter suppression.

Crystal Mason is young, Black, and female; ironically this is the most political dominant segment in Dallas County. The Dallas County courthouse, a mere 30 miles away from Tarrant County, boasts a significant amount of elected Black female judges. The wave of the future in North Texas is political power and African American women. Crystal, though not a political leader, has emerged as a political prisoner.

Voting is the glue holding democracy together. However, the suppression of the vote only weakens democracy. Republicans make political prisoners of Crystal Mason, whereas they champion their own Republicans even when they commit voter fraud.

Clearly, the only voter fraud perpetrated is when there is disparate treatment of Black women and white men in the judicial system. Powerful white men are set free and even run for elected office, whereas, Crystal Mason, a Black woman, languishes in jail yearning to be free.

I am Ed Gray, and this is Straight Talk.