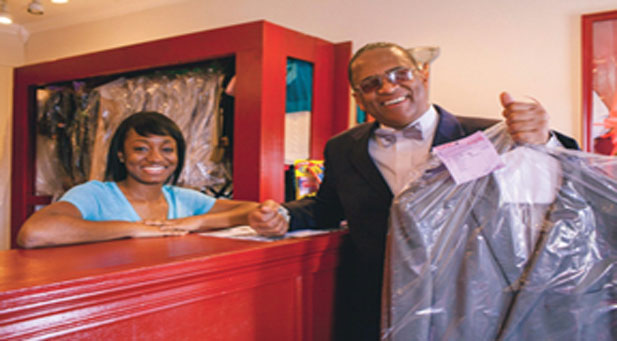 By Rhodesia Muhammad, From The Final Call

NEW ORLEANS, LA – On a recent Saturday, organizers and over a dozen participants met at the Black-owned Half Shell Restaurant at 9 a.m. for a bus tour to explore Black businesses in the city.

The inspiration for the Black Business Bus Tour originated with Brother Asad El-Malik and Brother Reuben De Tiege. In an effort to continue the spirit of the Kwanzaa principle of Ujamaa (cooperative economics), those men in conjunction with the Man Up March committee and Brothers for Better Business wanted to figure out a way to increase circulation of the Black dollar.

“The idea behind the tour came from the Montgomery Bus Boycott,” said Asad El-Malik. “I was thinking about how much effort it took for our people to pull off the boycott. Then I began to think how would a boycott look and work today? What we came up with was the opposite of a boycott. Instead of avoiding a business, we decided to support Black businesses. What we hoped to accomplish was to raise awareness of different Black-owned businesses, support those businesses, and show the importance of in-vesting into self. I think the tour was great. We introduced a bunch of people to Black-owned businesses in this city; Black businesses made a few more dollars, and gained potential customers.”

The bus traveled to several Black business corridors, stop-ping at each to allow riders to sample and purchase goods and services.

The event was free to all riders who RSVP’d and they were escorted to the various businesses by Brother Walter Umrani of Mosque No. 46 and The PeaceKeepers and Brother Shack of the True Love Movement.

“The intent of the organizers was to use the collective buying power of the ‘Black dollar’ to support Black-owned businesses within our community. Too often small Black-owned businesses suffer because there isn’t a determined and concerted effort made on behalf of the Black community to support those businesses. The Black Business Bus Tour is an attempt to combat that lack of support in a creative and nuanced fashion,” said Bryan Turner.

“My objective for the tour was to expose lesser known businesses to the masses, showing people where they can go to support businesses owned by African Americans. The highlight of the tour was the people that came out. We are strategizing on how we can improve the bus tour in the future, getting more males involved and getting people more enthusiastic about supporting their own,” Brother Reuben De Tiege added.

Every rider was asked to complete a survey regarding their experience with the Black Business Bus Tour. Four questions were asked and here’s how people rated:

1) How did you find out about the Black Business Bus Tour?

2) How would you rate the Black Business Bus Tour experience?

3) Will you begin to patronize any of the Black Businesses we visited after the bus tour?

If you said you will, which business or businesses will you begin supporting?

4) Will you inform other friends and family members about these business establishments? (91 percent) Yes, I will. (0 percent) No, I will not.

The Black Business Bus tour was a follow-up event to the Man Up March hosted in October 2014. “I think this tour was a good test run. If we decide to do another tour, we will work more with business owners to help them be better prepared to receive the tourists. Also, we will consider branching out to other parts of New Orleans,” said Student Minister Willie Muhammad, one of the organizers of the Man Up March.

While there were facts about his life, there were no comments from professionals at Black newspapers—an industry that Curry dearly loved and fought for all of his life as the “Dean of the Black Press.” […]