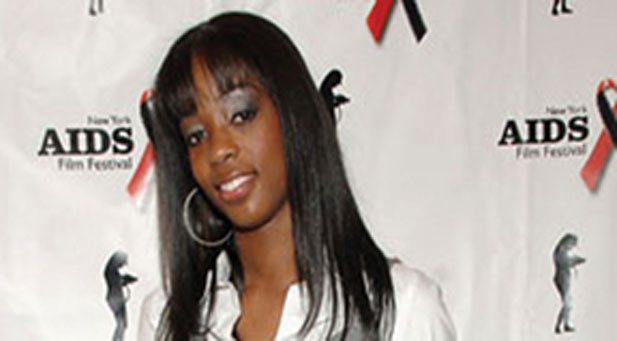 The Naked Truth: Marvelyn Brown in her very own words

The surprisingly hopeful story of how a straight, non-promiscuous, everyday girl contracted HIV and how she manages to stay upbeat, inspired, and more positive about life than ever before.

At 19 years of age, Marvelyn Brown was lying in a stark white hospital bed at Tennessee Christian Medical Center, feeling hopeless. A former top track and basketball athlete, she was in the best shape of her life, but she was battling a sudden illness in the intensive care unit. Doctors had no idea what was going on. It never occurred to Brown that she might be HIV positive.

Having unprotected sex with her Prince Charming had set into swift motion a set of circumstances that not only landed her in the fight of her life, but also alienated her from her community. Rather than give up, however, Brown found a reason to fight and a reason to live.

The Naked Truth is an inspirational memoir that shares how an everyday teen refused to give up on herself, even as others would forsake her. More, it’s a cautionary tale that every parent, guidance counselor, and young adult should read.

Her humanitarian work earned her a 2007 Emmy Award for Outstanding National PSA, BET’s Rap It Up campaign named Brown one of the 25 “HEROES” in the HIV/AIDS epidemic, in 2009 she won the Do Something Award which resulted in her face and story on the back of millions of Nacho Cheese Doritos bags nationwide, and in 2010, she was inducted into The Heroes In The Struggle Photo Exhibit by The Magic Johnson Foundation and The Black AIDS Institute. She was named a Modern Day Black History month hero by BET and was honored by the New Jersey NETS in 2011 as part of their Black History Month honoring influential people initiative.

Brown has also made a huge impact on television shows, radio programs and in print media as well. Some highlights include, appearing on CNN’s Black in America, Frontline’s ENDGAME, The Oprah Winfrey Show, America’s Next Top Model, America’s Best Dance Crew, CBS’s The Early Show, numerous BET’s Rap It Up episodes and MTV’s programming.

She has also appeared on the Tavis Smiley Show, the Tom Joyner Morning Show, the Michael Baisden Show, Steve Wilko’s Show, as well as the Tyra Banks Show. Articles including her story have appeared in Newsweek, U.S. News and Report, Fortune 500, Ebony, Black Beat and Essence magazine. Brown has also had a tremendous affect on print in the United Kingdom with feature stories in Cosmopolitan, Pride and Fabulous Magazine. Brown has also graced the covers A&U, POZ and The Ave.

She is currently the CEO and an Independent HIV Consultant for, Marvelous Connections, which she founded in 2006. Brown now has an online boutique called, MARVSPIRATIONAL, with some of her own inspirational quotes.

In addition to being a motivational speaker, advocate, author and a CEO, Brown is also an avid fan of Simply Lemonade, Second Skin Jeans by seven for all mankind and has a slight addiction to Sour Patch Kids.

Stacey Abrams: ‘It ain’t Over until it’s Over’

By Thursday, two days after Republican Brian Kemp declared victory, Abrams is still calling for every vote to be counted and she’s hoping that the results will at least be enough for a runoff, if absentee ballots don’t push her over the top altogether. […]

Black men returned to the job market in April

The Black unemployment rate ticked down from 8.9 percent in March to 8.8 percent in April and Black men showed gains in the labor market, according to the latest jobs report from the Labor Department. […]