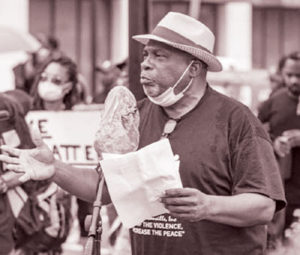 A broad coalition of local and state activist organizations has announced plans for a major protest against legislation proposed by Governor Ron DeSantis.

The “Rally Against Racism” was held Saturday November 21st at 1 p.m., at the Duval County Courthouse, 501 West Adams St. 32202 In a statement released today, Ben Frazier of the Northside Coalition of Jacksonville said, “This proposed legislation is dangerous, dictatorial and blatantly unconstitutional.” “It’s a clear signal from the Governor to let armed vigilantes know it’s open season on peaceful protestors,” Frazier also said. Christina Kittle of Jacksonville Community Action Committee says, ‘We are calling on everyone who stands against social, racial and economic injustice to join us for a major rally on November 21st at the Duval County Courthouse.” We will continue to march, protest, rally and demonstrate against the Governor’s racist proposal.

Mike Todd of New Florida Majority said,” He wants to criminalize and penalize peaceful protestors. which is an infringement of our first amendment liberties to assemble and to protest.”