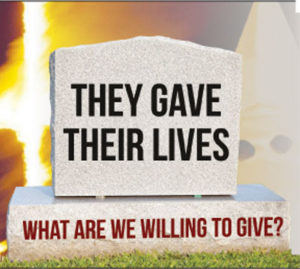 Rev. George Lee, one of the first Black people registered to vote in Humphreys County, used his pulpit and his printing press to urge others to vote. White officials offered Lee protection on the condition he end his voter registration efforts, but Lee refused and was murdered.

Lamar Smith was shot dead on the courthouse lawn by a white man in broad daylight while dozens of people watched. The killer was never indicted because no one would admit they saw a white man shoot a black man. Smith had organized blacks to vote in a recent election.

Emmett Louis Till, a 14-year-old boy on vacation from Chicago, reportedly flirted with a white woman in a store. Three nights later, two men took Till from his bed, beat him, shot him and dumped his body in the Tallahatchie River. An all-white jury found the men innocent of murder.

John Earl Reese, 16, was dancing in a café when white men fired shots into the windows. Reese was killed, and two others were wounded. The shootings were part of an attempt by whites to terrorize blacks into giving up plans for a new school. (photograph unavailable)

Willie Edwards Jr., a truck driver, was on his way to work when he was stopped by four Klansmen. The men mistook Edwards for another man who they believed was dating a white woman. They forced Edwards at gunpoint to jump off a bridge into the Alabama River. Edwards’ body was found three months later.

Mack Charles Parker, 23, was accused of raping a white woman. Three days before his case was set for trial, a masked mob took him from his jail cell, beat him, shot him and threw him in the Pearl River.

Herbert Lee, who worked with civil rights leader Bob Moses to help register Black voters, was killed by a state legislator who claimed self-defense and was never arrested. Louis Allen, a Black man who witnessed the murder, was later also killed.

Paul Guihard, a reporter for a French news service, was killed by gunfire from a white mob during protests over the admission of James Meredith to the University of Mississippi.

William Lewis Moore, a postman from Baltimore, was shot and killed during a one-man march against segregation. Moore had planned to deliver a letter to the governor of Mississippi urging an end to intolerance.

Medgar Evers, who directed NAACP operations in Mississippi, was leading a campaign for integration in Jackson when he was shot and killed by a sniper at his home.

Addie Mae Collins, Denise McNair, Carole Robertson and Cynthia Wesley were getting ready for church services when a bomb exploded at the Sixteenth Street Baptist Church, killing all four of the school-age girls. The church had been a center for civil rights meetings and marches.

Virgil Lamar Ware, 13, was riding on the handlebars of his brother’s bicycle when he was fatally shot by white teenagers. The white youths had come from a segregationist rally held in the aftermath of the Sixteenth Street Baptist Church bombing.

Louis Allen, who witnessed the murder of civil rights worker Herbert Lee, endured years of threats, jailing’s and harassment. He was making final arrangements to move north on the day he was killed.

Johnnie Mae Chappell was murdered as she walked along a roadside. Her killers were white men looking for a Black person to shoot following a day of racial unrest. (photograph unavailable)

Rev. Bruce Klunder was among civil rights activists who protested the building of a segregated school by placing their bodies in the way of construction equipment. Klunder was crushed to death when a bulldozer backed over him.

Henry Hezekiah Dee and Charles Eddie Moore were killed by Klansmen who believed the two were part of a plot to arm Blacks in the area. (There was no such plot.) Their bodies were found during a massive search for the missing civil rights workers Chaney, Goodman and Schwerner.

James Earl Chaney, Andrew Goodman and Michael Henry Schwerner, young civil rights workers, were arrested by a deputy sheriff and then released into the hands of Klansmen who had plotted their murders. They were shot, and their bodies were buried in an earthen dam.

Lt. Col. Lemuel Penn, a Washington, D.C., educator, was driving home from U.S. Army Reserves training when he was shot and killed by Klansmen in a passing car.

Jimmie Lee Jackson was beaten and shot by state troopers as he tried to protect his grandfather and mother from a trooper attack on civil rights marchers. His death led to the Selma-Montgomery march and the eventual passage of the Voting Rights Act.

Rev. James Reeb, a Unitarian minister from Boston, was among many white clergymen who joined the Selma marchers after the attack by state troopers at the Edmund Pettus Bridge. Reeb was beaten to death by white men while he walked down a Selma street.

Viola Gregg Liuzzo, a housewife and mother from Detroit, drove alone to Alabama to help with the Selma march after seeing televised reports of the attack at the Edmund Pettus Bridge. She was ferrying marchers between Selma and Montgomery when she was shot and killed by a Klansmen in a passing car.

Oneal Moore was one of two black deputies hired by white officials to appease civil rights demands. Moore and his partner, Creed Rogers, were on patrol when they were blasted with gunfire from a passing car. Moore was killed, and Rogers was wounded.

Willie Brewster was on his way home from work when he was shot and killed by white men. The men belonged to the National States Rights Party, a violent neo-Nazi group whose members had been involved in church bombings and murders of Blacks.

Jonathan Myrick Daniels, an Episcopal Seminary student in Boston, had come to Alabama to help with Black voter registration in Lowndes County. He was arrested at a demonstration, jailed in Hayneville and then suddenly released. Moments after his release, he was shot to death by a deputy sheriff.

Vernon Ferdinand Dahmer, a wealthy businessman, offered to pay poll taxes for those who couldn’t afford the fee required to vote. The night after a radio station broadcasted Dahmer’s offer, his home was firebombed. Dahmer died later from severe burns.

Ben Chester White, who had worked most of his life as a caretaker on a plantation, had no involvement in civil rights work. He was murdered by Klansmen who thought they could divert attention from a civil rights march by killing a black person.

Clarence Triggs was a bricklayer who had attended civil rights meetings sponsored by the Congress of Racial Equality. He was found dead on a roadside, shot through the head.

Wharlest Jackson, the treasurer of his local NAACP chapter, was one of many blacks who received threatening Klan notices at his job. After Jackson was promoted to a position previously reserved for whites, a bomb was planted in his car. It exploded minutes after he left work one day, killing him instantly.

Benjamin Brown, a former civil rights organizer, was watching a student protest from the sidelines when he was hit by stray gunshots from police who fired into the crowd.

Dr. Martin Luther King Jr., a Baptist minister, was a major architect of the Civil Rights Movement. He led and inspired major non-violent desegregation campaigns, including those in Montgomery and Birmingham. He won the Nobel peace prize. He was assassinated as he prepared to lead a demonstration in Memphis.