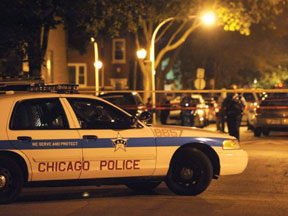 When one thinks of violence in America, inner cities or areas with low incomes and high unemployment usually come to mind. Looking at the numbers, it’s easy to make the same connection. The cities with the highest crime rates also have high poverty and unemployment figures [0]. Does this mean that poverty causes violence? To figure this out, it’s best to see if areas with poor economic factors necessarily produce violence. These figures contradict the previous trend. For instance, Idaho is ranked #44 in per capital income, yet also ranked #44 in violent crime [1][2]. Regardless of examining cities, counties, states, or even countries, one can always find areas which have poor economic performance and also rank low in violent crime. Academic literature reviews have consistently failed to reach consensus about a correlation between violence and the previously listed economic factors. There is, however, one economic factor that goes hand and hand with violence: inequality.

In 1912, Italian statistician Corrado Gini introduced the concept of the Gini Coefficient. The idea behind it was to use it as a measure of income inequality in a nation and it is still used by the UN. Without going too heavily into the math, interpreting the value is pretty simple. The number is on a 0 to 1 scale where 0 represents a situation where everyone has the same exact income and 1 represents a situation in which one person has all the income while everyone else has none. Like any economic tool, it has its shortcomings, but it’s still an easy-to-understand tool to compare the inequality of nations.

Unlike the economic indicators mentioned earlier, there is a very strong correlation between the Gini Coefficient and violent crime rates [3][4]. This is according to both the World Bank and the National Institute of Health. The World Bank’s conclusion was:

Crime rates and inequality are positively correlated within countries and, particularly, between countries, and this correlation reflects causation from inequality to crime rates, even after controlling for other crime determinants.

The NIH came to a similar conclusion studying forty countries for almost 50 years.

Returning back to the example of Idaho, it is ranked #8 for the lowest Gini Coefficient [5]. This makes sense of their low violence rates despite the economic factors mentioned earlier.

At the country level, it also makes sense of why countries in South America have the highest violence rates while Nordic countries have the lowest [6].

What does this tell us about solving our violence problem?

If inequality causes violence, then clearly the key to reducing violence in America is reducing inequality. One can make both liberal and conservative arguments about how to do this, but it’s clear that at the very least it needs to be a priority. In fact, it’s literally a life or death situation.

If you enjoyed this article, please recommend it and follow the author to help others see it.