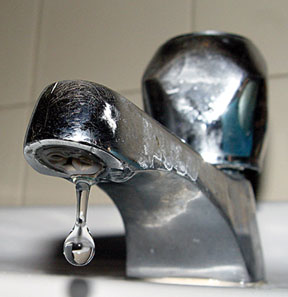 Flint Mayor Karen Weaver said that the EPA grant will help her administration replace 6,000 pipes this year and make other needed infrastructure improvements.

Buried in the 24-hour news cycle of Russian conspiracies, presidential tweets, and White House nepotism, the Trump Administration found the time to set aside $100 million for the ongoing water crisis in Flint, Mich.

According to a press release about the grant, the Environmental Protection Agency (EPA) awarded the Michigan Department of Environmental Quality (MDEQ) $100 million to fund drinking water infrastructure upgrades in Flint.

The press release said that “The funding, provided by the Water Infrastructure Improvements for the Nation Act of 2016, or WIIN, enables Flint to accelerate and expand its work to replace lead service lines and make other critical infrastructure improvements.”

In the statement, EPA Administrator Scott Pruitt said that the people of Flint and all Americans deserve a more responsive federal government.

During a March 22 meeting at the White House with seven members of the Congressional Black Caucus, Rep. Brenda Lawrence (D-Mich.), said that she and President Trump spoke about assistance for Flint.

“He said he thought it was awful and criminal…I was surprised he understood how that happened,” said Lawrence, who represents parts of Detroit. The congresswoman added that the president also wanted to know who was responsible for the lead in Flint’s water.

After the EPA announced the news, Flint Mayor Karen Weaver expressed appreciation for the funds.

“The City of Flint being awarded a grant of this magnitude in such a critical time of need will be a huge benefit,” Weaver said in a statement. “As we prepare to start the next phase of the FAST Start pipe replacement program, these funds will give us what we need to reach our goal of replacing 6,000 pipes this year and make other needed infrastructure improvements.”

Weaver continued: “We look forward to the continued support of the EPA and federal government.”

Additionally on March 28, a U.S. District Court settlement was announced, forcing the state of Michigan to set aside $97 million to replace defective water lines in Flint. The settlement money will cover 18,000 homes in the city by the year 2020.

Race still plays a significant role in determining who gets ahead in America, says Clinton

Race still plays a significant role in determining who gets ahead in America, says Clinton
[…]