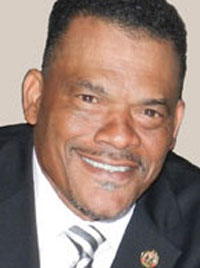 Message From Our Publisher

What is civility in a nation ruled by havoc

“But if you give them a hard time, bullying or taking advantage of their simple trust, you’ll soon wish you hadn’t. You’d be better off dropped in the middle of the lake with a millstone around your neck. Doom to the world for giving these God-believing children a hard time! Hard times are inevitable, but you don’t have to make it worse—and it’s doomsday to you if you do.

What is it called when a nation’s leadership knowingly imposes policies that would place children in harm’s way because of adult decisions devoid of empathy and filled with disgust for Black and Brown people i.e., LGBT, poor and different?

It would be called a nation going to hell in a hand basket, if not stopped!

Robotic- like humanoids, who perpetuate organized violence upon children and families, sit in the controlling seats of our government  dismantling any semblance of a caring government. What kind of U.S. ambassador would respond to a report on poverty saying, “It is patently ridiculous for the United Nations to examine poverty in America.”

It is obviously ridiculous in a country that has the capacity to be self-sufficient, yet 60 percent more of its population is deficient when it comes to life- sustaining qualities.

We know that this is not the first time in this country that the value of colored people and children has been lessened to that of chattel property.

For America to announce profoundly that it was birthed out of ideologies of fairness, not structural inequality, is a moving abnormality that is as far away as the east is from the west. 140 million people live in poverty in this – the richest country in the world. If our country were an insect, it would be an ant because the smallest thing controls the greater. One percent holds more affluence than 90 percent of those at the foundation collectively. The controlling factors lie to us with the same immoral perspective by placing the culpability  on poor people for their poverty. “They should pull themselves up by their own bootstraps”. Easily said when you have a walk- in closet full of boots, but for those who don’t have any feet let, alone damn boots to put on. Our government has stripped social programs that have left them as barren as a dream deferred. The federal minimum wage has not been raised since 2009, and what is expected for a family to live off of would require both a husband, wife and two children to work two jobs a piece just to make ends meet.

Our government would rather give dollars for war than  feed its citizens.

“An alarming 13.8 million U.S. households cannot afford water, and a quarter million people die in the U.S. each year from poverty and related issues. And 23 states have enacted voter suppression laws since 2010, leaving the US with fewer voting rights than we had 50 years ago.

“In recent weeks it has been brought to the public’s attention that Brown children have been systematically separated from their families at the border. Inside our borders, families of all races are separated from health care, food stamps and a living wage, and with widespread voter suppression and racist gerrymandering, millions of people have been separated from the ballot box. Hundreds of thousands of children are taken away from their parents because of their poverty; we hear the cries of the people: “take away our poverty, not our children; take away unjust policies, not our children.”  Rev. Dr. William J. Barber II, Poor People’s Campaign

We can make a difference-VOTE! It’s time to stop separating and giving way to distractions through lies, hypocrisies and propaganda. Now is the time for all good people to come together and vote(flush) the BS(being stupid) down the toilet.

Dear God in the name of Jesus let us come together and do as Your Word says, “turn from our wicked ways… in Jesus’ name. Amen”

BUT WHOSO SHALL OFFEND ONE OF THESE LITTLE ONES WHICH BELIE