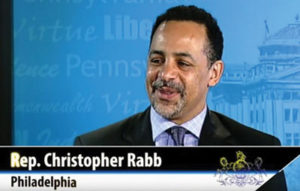 With voter registration drives principally aimed at trying to win back the House and possibly the Senate in Washington, Democrats have seen their efforts to establish legislation to help all citizens stymied by Republicans who serve as the majority in both of those key legislative branches of government.

This almost helpless situation also has played out across the country in state legislatures where the GOP holds the upper hand.

Currently, Republicans control 26 state governments while Democrats hold the majority in just eight states, according to Ballotpedia. There are six states where Democrats control the legislature but a Republican sits in the governor’s mansion.

Similarly, there are six states in which Republicans control the legislature, but a Democrat serves as governor, including Pennsylvania, where the GOP has routinely stymied attempts at gun control, criminal justice reform and affordable health care.

With a new legislative session convening, it’s anticipated that very little Commonwealth business will see completion. That’s because the GOP-controlled Pennsylvania House and Senate have decided to schedule a mind-bogglingly brief nine days of legislative business.

This small window for activity must serve the nation’s second-largest state legislature – 250 members – whose members are paid by taxpayers at an average annual salary of $87,000.

State Rep. Chris Rabb, a Philadelphia Democrat, said he remains interested in seeing several of his proposed bills voted out of committee.

Each bill, Rabb said, has significant impact on Philadelphia residents, including his proposals to increase the minimum wage for tipped workers, committing to 100 percent renewable energy to drastically reduce exposure to the devastating effects of climate change. Rabb’s proposals also include measures to expand voter rights and election reforms, like early voting, mail-in voting, and the universal automatic voter re-enfranchisement of returning citizens.

Rabb and his colleagues who represent the Philadelphia District and who currently sit in the minority, said they will work within the abbreviated legislative window to try and get something done on behalf of their constituencies, including those who reside in and around the City of Brotherly Love.

“I am looking forward to support[ing] legislation that empowers survivors of sexual abuse by removing the statute of limitations for sexual predation,” Rabb said this week. “I am also strongly supportive of bipartisan legislation that would allow unaffiliated voters — who are now the majority of the electorate — to vote in Pennsylvania’s primaries.”

The Speaker of the House controls how many and which days are scheduled for session days and the limited time makes clear that the priority for the fall is political and not legislative, Rabb said.

“[House GOP Speaker Mike Turzai] is essentially encouraging his fellow Republican members to campaign back home rather than do the job we’ve all been elected and paid to do which is create, amend and repeal state laws,” he said.

There’s a broad package of bills on sexual harassment, assault and intimidation that have received two hearings that need to be voted on this fall, Rabb added.

“One of those bills is mine, HB 2282, which would require all employers to provide online training for interns, domestic [workers] and agricultural workers on workplace harassment and discrimination,” he said.

“I think we’re also all looking forward to pass legislation to repeal the antiquated statute of limitations. For more than 30 years, our current laws have prevented victims of sexual assault from making alleged claims against their abusers and we need to take action now,” Kinsey said.

“For the sake of the victims, we need these bills voted out of committee, passed and signed into law.”

Unfortunately, Democrats have no control over the short session agenda, but “it appears that those on the other side of the aisle would rather campaign than do the job they’re elected to do,” Kinsey said.

Despite the inactivity, Kinsey said he still wanted to encourage citizens to continue to be engaged with what’s happening in their communities and in Harrisburg.

“As old and new concerns rise, I will remain committed to do my best to help them along the way,” he said.

State Rep. Leanne Krueger-Braneky, a Democrat who represents Delaware County, Pa., said she too was disappointed that the first two session days in September were canceled because important legislation was sidelined including votes on #MeToo legislation, fair districts, and statute of limitations for abuse victims.

“These are bills that should not have to wait,” said Krueger-Braneky. “As representative for the 161st Legislative District, I will continue to push for legislation that puts the residents of Pennsylvania first. I will work with my colleagues to ensure we are putting working families before corporate special interests,” she said.

“We need to invest in our schools, make sure big corporations are paying their fair share in taxes, and ensure quality health care is affordable for everyone.”

Blacks still trail whites and Latinos in getting treated for HIV

Blacks who have been diagnosed with the Human Immunodeficiency Virus (HIV) continue to lag behind whites and Latinos when it comes to getting linked to care, increasing the chances that they could spread the disease to others. […]

Top 10 local Black-owned farms that you should support

Top 10 local Black-owned farms that you should support