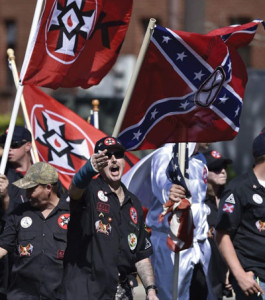 Online Xanax Doctor James Alex Fields Jr., a 20-year-old from Ohio, who drove his dark gray Dodge Challenger into a crowd of people protesting a White nationalist march in Charlottesville, Va., on Saturday, August 12 showed a deep interest in Nazism and Adolph Hitler in high school. Fields is being held on suspicion of second-degree murder, malicious wounding and failure to stop in an accident that resulted in death, according to CNN.

According to ABC News, “Some of Fields’ classmates at the school recalled a trip to Europe a group of students took after graduation in 2015, when they visited the Dachau concentration camp. Two of the students on the trip said when they arrived at the concentration camp, Fields said, ‘This is where the magic happened.’”

http://dynamotaxi.com/?x=Generic-Alprazolam-Online The ABC News report continued: “Weimer noted that Randall K. Cooper High School is not particularly diverse, and said that as a result, he didn’t have many opportunities to see Fields interact with many non-whites or Jewish people.”

http://learnwithojo.com/product/z-lower-case-magnatab/?add-to-cart=1561 Last weekend, White nationalists descended on the college town to protest the removal of a statute of Robert E. Lee, the infamous general of the Confederacy.

Buying Xanax Online Australia “A career army officer, Lee didn’t have much wealth, but he inherited a few slaves from his mother. Still, Lee married into one of the wealthiest slave-holding families in Virginia—the Custis family of Arlington and descendants of Martha Washington,” the Alprazolam Bula Anvisa Chicago Tribune reported . “When Lee’s father-in-law died, he took leave from the U.S. Army to run the struggling estate and met resistance from slaves expecting to be freed.”

Buy Alprazolam Online Australia According to the Xanax Canada Buy Tribune, “Documents show Lee was a cruel figure with his slaves and encouraged his overseers to severely beat slaves captured after trying to escape. One slave said Lee was one of the meanest men she had ever met.”

Purchase Xanax Online Fields’ mother, Samantha Bloom, told the Associated Press, that she thought her son was attending a political rally, “that had something to do with Trump” and that she tried to stay out of her son’s political views.

http://bandarbaju.com/grosir-kaos-ombak-spandek-anak-perempuan-murah-rp-17-500.html/ Media reports have described, Heather Heyer, 32, the lone fatality in Saturday’s tragedy, as a paralegal from Greene County, Va, and a supporter of Senator Bernie Sanders (D-Vt.). Heyer was in Charlottesville to protest against the White nationalist rally in Charlottesville.

Buy Alprazolam Online Canada Charlottesville Mayor Mike Signer called Heyer’s killing and the injury of others by a vehicle at a rally in the city a “terrorist attack with a car used as a weapon,” according to ABC News.

http://bisnisbajumu.com/2015/11/distributor-gamis-katun-jepang.html In a statement about the violence and the White nationalist march in Charlottesville, Neera Tanden, the president and CEO of the Center for American Progress, said that events over the weekend are another stark and disturbing reminder that violent extremism continues to exist in our neighborhoods and communities.

Online Xanax Prescription “All of us at the Center for American Progress condemn in the strongest possible terms the racist and derogatory rhetoric and behavior on display,” said Tanden.

In a statement from his New Jersey golf club, President Donald Trump said that he condemned the “egregious display of hatred, bigotry and violence on many sides, on many sides.”

Online Dr Xanax We are determined to take this country back. We’re gonna fulfill the promises of Donald Trump. That’s what we believed in,” Duke said in a video posted to Twitter. “That’s why we voted for Donald Trump because he said he’s going to take our country back.”

http://learnwithojo.com/product-tag/listening/info@learnwithojo.com Facing sharp criticism for the president’s initial response to the tragedy, the White House issued a follow-up statement that included a stronger rebuke of “White supremacists, KKK Neo-Nazi and all extremist groups.”

http://orientafricatravel.com/?0b1=e8 Tanden said that throughout the campaign and in his brief presidency, Trump has had many opportunities to not just fully distance his administration from those allied with Nazi sympathizers and the KKK but also to denounce them.

Xanax Canada Buy “To be clear, there is only one side that wishes to provoke hate and violence, and there is only one side that committed an apparent act of terrorism [in Charlottesville,” said Tanden. “Nazis and White nationalists showed up to cause harm and unrest in Charlottesville. Their racism, hatred, and bigotry have no place in our society.”

Dr. Benjamin F. Chavis, Jr., the president and CEO of the National Newspaper Publishers Association (NNPA) tweeted that the Black Press condemned the racial hatred and violence in Charlottesville.

http://naturesown.co.za/product/gravel-root-50ml/?add-to-cart=21516 Echoing Tanden’s concerns about the president’s dithering remarks about the White nationalist movement, Congressman Cedric Richmond, (D-La.) said that since the campaign, President Trump his encouraged and emboldened the type of racism and violence that occurred in Charlottesville.

“This is a president after all who has two White supremacists working for him in the White House—Steve Bannon and Stephen Miller,” said Richmond. “For these reasons, we weren’t surprised President Trump couldn’t bring himself to say the words ‘White supremacy,’ ‘White supremacists,’ and ‘domestic terrorism’ when he addressed the nation’ on Saturday. He instead chose to use racially coded dog whistles like ‘law and order’ and false equivalencies like ‘many sides.’  Richmond continued: “Where is Attorney General Sessions? Instead of suppressing votes and dismantling affirmative action, he should be working with the Department of Homeland Security to investigate today’s crimes. Where is the chairman of the House Committee on Homeland Security?”

Buy Alprazolam From Canada      Richmond noted that the CBC urged Congressman Michael McCaul (R-Texas), the chairman of the House Committee on Homeland Security, to investigate this sort of domestic terrorism, months ago.

Alprazolam Online Purchase In India “As 49 members who represent and are part of a community who has for centuries been victimized by White supremacists, we strongly condemn what happened in Charlottesville,” said Richmond in the statement. “We also condemn the Administration’s poor response to it.”

BOMA President and MIA Media President, Dexter Bridgeman quickly responded “Black-owned media has been that place for generations where the Black community goes to receive their news and information. They know that they can trust us for delivering accurate and truthful documentation of the news. That trust has not changed.” […]

Yusuf was surrounded by people in need of better health care and sexual education. She also did her “practicum in Clarke County, Georgia, one of the five poorest counties in the nation,” she says […]

Prepared by the Historical Monument Trail Selection Committee, Friends of the Riverwalk

Mr. Edward Daniel Davis was a hero of the Florida civil rights movement, especially fighting for equality for Black students and teachers. […]