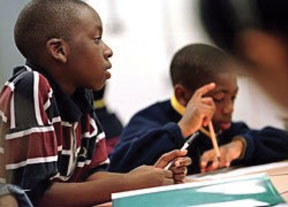 Working with kids is a no-brainer

Michi and I are passionate about early intervention and prevention for children who struggle with mental health and learning disorders. I know if we can get to kids early enough, we can change their lives. I decided to sit down with my friend Dr. Harold Koplewicz, president of the Child Mind Institute and a child and adolescent psychiatrist.

BM: Obviously mental health is inextricably linked to both your life’s work and mine. I’ve had my own battles and as you know, it took a lot of trial and error to get the right diagnosis and treatment. Why is it particularly important to get help to kids with mental health disorders as early as possible?

HK: You know, Brandon, you are one of my heroes. You’ve accomplished so much despite all the barriers in your way — but it didn’t have to be so hard. Your life could have been significantly easier if some of the behavioral symptoms you struggled with had been addressed earlier, and before your life was in crisis. And there are many kids who get stuck behind those barriers of mental health and learning disorders and don’t reach their potential.

Not enough people realize that three quarters of all psychiatric illness has its onset before the age of 24, and half before 14. And because kids are still developing, the earlier treatment is started, the better the prognosis. Working with children is a no-brainer.

BM: How do mental health challenges affect children in school, and affect our teachers’ ability to teach?

HK: If you can’t sit still and you can’t focus, if you’re too anxious and worried to pay attention, if you’re too sad to have enough energy, it’s going to interfere with your success in school. And if you go to school and experience failure on a regular basis, after a while you’re going to want to tune out or escape. That’s one of the reasons kids with mental health disorders drop out of high school more often than other kids. And one child who can’t function well, who’s not following the teacher’s lead, can distract and disrupt a whole class.

BM: One of the most troubling things about kids with mental health issues is how many of them end up in jail. Why is that, and what can we do about it?

HK: For young people who have untreated psychiatric illness, there’s almost a pipeline to prison. Let’s say they drop out of high school and they’re out on the street, which is all too common. They’re more likely to get into trouble because they are more impulsive and less able to create the structure they need for themselves. They’re thrown into chaos, and often into jail.

The upshot is that more than 70 percent of the inmates in the juvenile justice system meet criteria for a psychiatric disorder. And believe me, the treatment they get behind bars is not a recipe for success.

HK: That’s the million-dollar question. Basically, Americans still have trouble recognizing how real and common mental health disorders are — in everyone, but particularly in children and adolescents. We have 17 million young people who have had a psychiatric disorder — far more than those affected by cancer, AIDS, diabetes, and food allergies combined — and yet they’re in the shadows, unacknowledged.

It’s troubling when you look back and see how isolated some of these shooters were, and how for many reasons they failed to get the help they needed. However, having a psychiatric illness does not put you at a higher risk for hurting others — if anything, it puts you at a significantly higher risk for hurting yourself. It’s unfair to stigmatize these people more by tagging them as killers.

How do we change this? Having heroes like you, Brandon, talk about their struggles and their success is very important. These courageous acts of storytelling really help the 17 million kids out there and, I think, the entire population recognize how real, common, and most importantly treatable these disorders are. And when people speak up the way you are, they take that scary power of stigma away. They make it possible to think, “If Brandon can deal with this, I can, too.”

BM: I am also troubled by some of the discourse I hear out on the presidential campaign trail and elsewhere in politics — about how “sickos” are to blame for all of these bad things. It’s demoralizing. I contrast that with the efforts of politicians like Rep. Tim Murphy, who is sponsoring some well-reasoned legislation to improve mental health care in America. Why is mental health such a confusing political issue?

HK: As you and I both know, mental illness, access to care, proper diagnosis, the stigma and shame that can surround families struggling with these challenges—this isn’t simple stuff. And I hate to say it, but the early stages of the party primaries in this country are not where we find the most nuanced thinking about complicated issues.

I wish that the level of discourse and the subject matter on the campaign trail were respectful, constructive, and goal-oriented. It isn’t yet. But we should be thrilled that we have public servants like Rep. Murphy and others who are working a few steps back from the national stage trying to come up with real solutions for real families. And if we educate the public, if we get stories out and into the media like we just discussed, if we make this is an American issue, the language of politics will change. And we’ll recognize who the real leaders were all along.

BM: It seems like we as a nation are getting to the point where we are starting to acknowledge that mental illness is real, but we aren’t really talking about what we need to do to help these people. What do you want to say to the families out there who are struggling with some of these very real issues?

HK: First I’d say to parents that we know how hard it is to understand what’s happening when a child is struggling and to find the right help. And we know you’d do anything to help your child thrive! The reason why the Child Mind Institute invests so much time and effort in childmind.org is that we want parents to know when you should be concerned about a child, what kind of questions you should ask of the professionals you might see, and what kind of interventions really work. The better informed you are, the easier it will be for you to get the help you need.

For the future we need to do more. We need to train more social workers, psychologists, and child and adolescent psychiatrists in making more accurate diagnoses and providing evidence-based treatment—meaning, treatments that work. And we need objective tests for psychiatric disorders, which you’re helping the Child Mind Institute find as the ambassador for our Healthy Brain Network research initiative. I believe that once our new neuroimaging technologies give us a way to identify telltale differences in the brain, or “biomarkers,” three things will happen:

All of those things will come about in the next 10 or 15 years, but in the meantime we need to get parents better informed and better supported. Because when we all work together, there’s no limit to what our kids can accomplish.